Kenyan Geoffrey Kasudi, programme director of South Sudan Youth Sports Association, has been using football programmes to bring together the different tribes of South Sudanese refugees in northern Uganda since 2016.

"In South Sudan, I was dealing with twelve thousand youth. I was with eight full-time staff and about twenty part-time volunteers, all of them South Sudanese apart from me.

"When the war started, I noticed there were tribal clashes and I was afraid. I came back home to Kenya and I had to go to counselling for about a month. After counselling, I forced myself to go to Uganda where many South Sudanese people were staying in refugee camps.

What we found, however, was the same tribal clashes that were in Juba, South Sudan, were also happening in the Ugandan refugee camps.

"We started a policy that has worked for our programme – you have to mix the tribes. Whenever we have a tournament, if you want your team to qualify for that tournament, you have to mix. If you don’t mix, you don’t qualify for that tournament. Football helped me a lot to mix them. I don’t want to hear because I’m a Dinka, my team must be all Dinka. Or I’m a Nuer, and all Nuer. We are talking about many tribes, not just the Dinka, Nuer and Murle. These are three of the more than two hundred tribes in South Sudan. At the beginning, it was very difficult to mix tribes.

But now the players have come to understand, because at the end of the day, they want to play.

"The idea started back in 2014 when I managed to take a South Sudanese team to the Norway Cup, a youth football tournament. I was consistently telling the players, "You guys, we’re in a foreign country. I want you to be role models and I want you to mix the tribes. If don’t want to mix tribes then you’ll go home."

"I managed to take all sixteen boys back to school, because before that, only two of them were studying. Two others were very much involved in the war, but I managed to get them to join the team and they are real role models. Most of those sixteen players are now coaching the younger ones, and out of sixteen players, I am happy to say six of them are now playing with the South Sudan national team at different levels -- U-20, U-23, and one player is even with the senior team. He was the captain of the team that travelled to the Norway Cup and now he has a scholarship in South Korea." 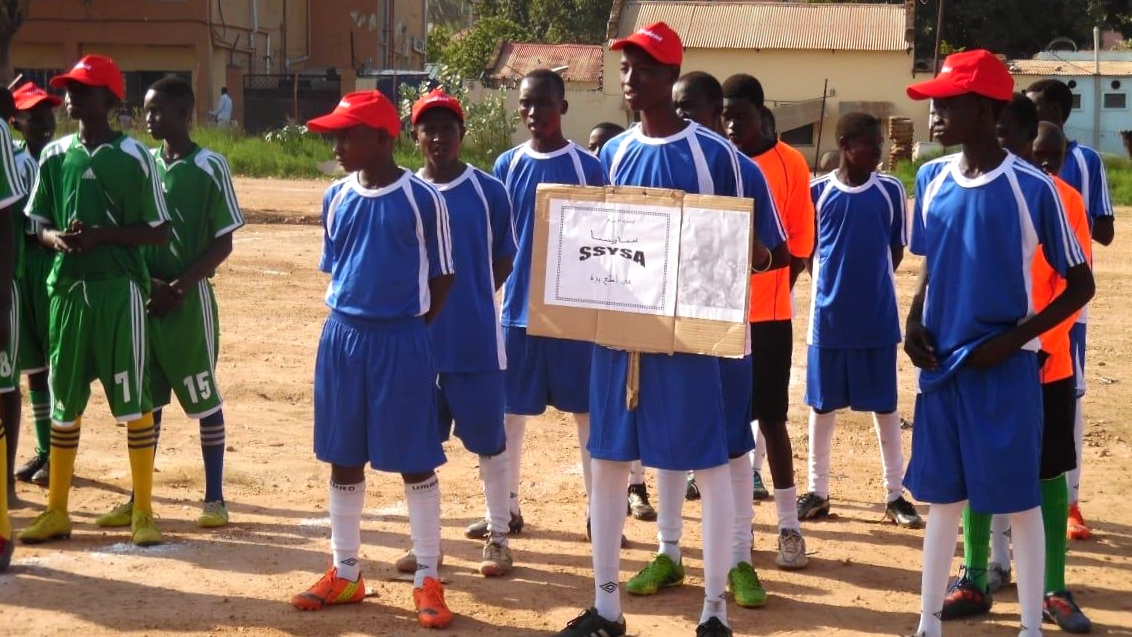 A recent peace deal has been brokered back in South Sudan, offering a tinge of hope of re-starting football programmes and tournaments for youth in Juba.

Geoffrey continues his epic commute between his work in Uganda and every few months to see his family in Kenya.