President of the Special Olympics Monaco association since 2018 and member of the National Council, Pierre Van Klaveren took time out to talk to the Monaco Tribune on adaptive sport, a discipline that counts in the principality.

“I joined Special Olympics Monaco in 2000”, recalls Pierre Van Klaveren. The young member of the National Council of Monaco has been working for almost twenty years within the association, which was founded in the early 1980s with the support of the princely family. Now president of Special Olympics Monaco, Pierre Van Klaveren explained the foundations of this discipline, which is sometimes misunderstood and too often confused with disabled sports.

In your opinion, is adaptive sport a discipline that is still little known in the world?

(He smiles.) Little known, no. Special Olympics is an international organisation with a global reach, even if, unfortunately, in some geographical areas this discipline, but especially disability, is not very well recognised. On the other hand, the recognition and integration of people with disabilities, particularly in North America, leaves one dreaming. Take the United States and Canada, for example; whether in basketball or ice hockey, it is difficult to find a match kick-off without the presence of Special Olympics athletes who have been honoured for winning medals at the Summer or Winter Games or even for their selection for the next international competition. They are really a step up. In Europe, we are on the right track even if the situation is really different from country to country.

In Monaco, I must say that we are lucky to be very close to the North American model in terms of recognition but also and above all, in the successful integration of people with disabilities. And we owe this to all the components of the principality, starting with the support of the princely family, in particular through Princess Charlene of Monaco who is our honorary president. The Government of Monaco subsidises us and also allows us to benefit from sports facilities to train. The town hall, which constantly shows its support through subsidies but also by hosting receptions for our returns from major sporting competitions. And finally, to the state of mind and the open-mindedness of the people living in Monaco who allow a perfect integration of our athletes into life in the principality. 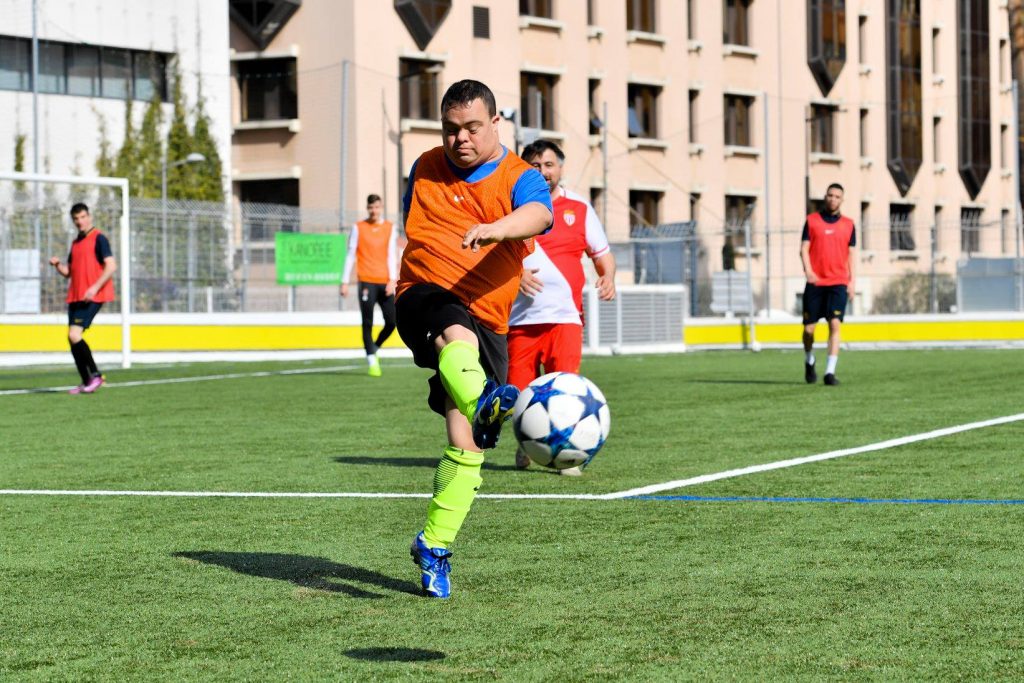 People tend to confuse adaptive sport and disabled sport. How would you explain the difference?

What are the major competitions in which Monegasque athletes take part?

There are several types of competitions. The events not to be missed are of course the Special Olympics World Summer Games and the Special Olympics World Winter Games, which take place alternately every two years on the same principle as the Olympic Games. The World Olympic Games (both Summer and Winter Games) are our own Games, with large delegations from all over the world and an immeasurable number of athletes (for the last Games in Abu Dhabi, no fewer than 190 nations were represented with a total of more than 7,500 athletes).

In 2019, we participated in the Summer Games in Abu Dhabi, whereas the Winter Games should have been held in 2021 in Sweden originally but were postponed to 2022 in Kazan (Russia) due to the current situation. The 2023 Summer Olympics are scheduled to take place in Berlin. We also have many competitions at the European level in different disciplines. On average, we take part in about 15 competitions per year outside the principality.

How many Monegasque athletes are represented at these major events?

Special Olympics operates on the basis of quotas, which are generally proportional to the size of the country and the number of athletes. But I must admit that the quotas allocated to us are proportionally well above the big nations in relation to the number of athletes we have. In general, counting the coaches, at the Winter Olympics there are on average twenty-five of us. For the Summer Olympics, it depends on the quotas, but let’s say that on average there are 45 members of the delegation.

In which disciplines is the Monegasque delegation represented?

During the winter competitions we take part in snowshoeing, cross-country and downhill skiing races. We are also represented in judo, athletics, swimming, tennis, table tennis, football (unified* and not), cycling and horse riding. Without forgetting, for example, petanque (which is not present at the world games). 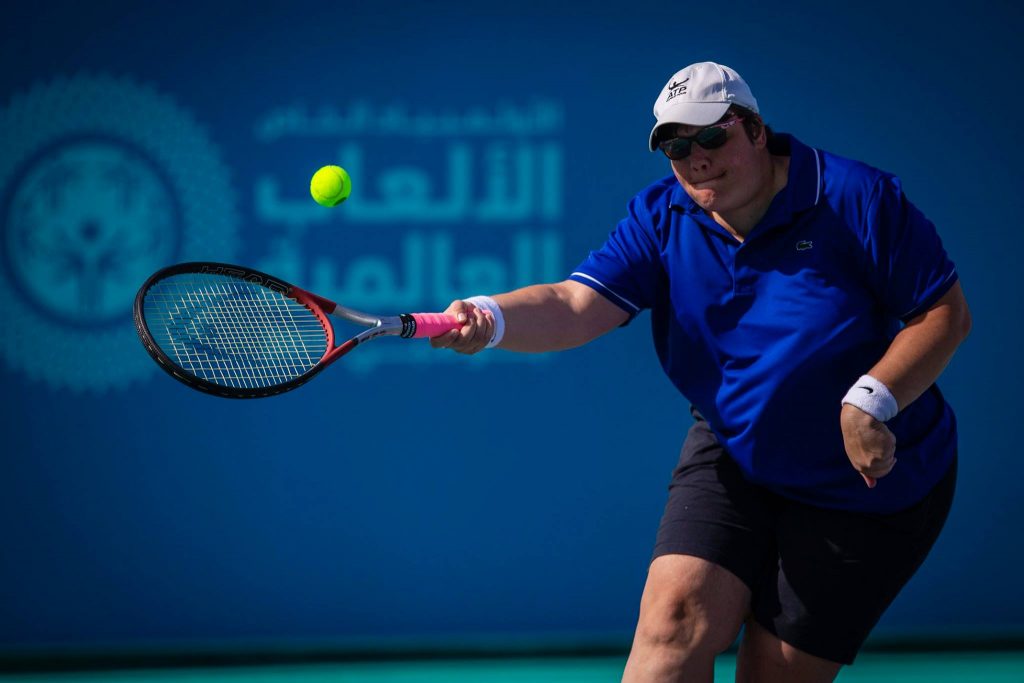 How many members do you have at Special Olympics Monaco?

In terms of athletes, there are between 75 and 80. Some do only one sport, others several disciplines. No one is forced to compete. We above all exist as a social driver. On the other hand, from the moment they want to take part in competitions, we look above all at diligence. If the person trains and is respectful of our values and of his colleagues, then there is no reason why he can’t take part in at least one competition during the year.

Do you benefit from all the principality’s facilities, like Louis II?

Generally speaking, we do have access to the facilities of the Louis II Stadium. When they are not available, we do as everyone else. We train a bit where we can, to be honest. We also have access to other facilities, and some of our sports are done outside, such as horse riding, at the Massac estate, or cycling, where we take advantage of the cycle path to Sanremo. At the moment we are also doing our swimming training in the sea and we can also count on the support of clubs and federations such as the Tennis Club of Cap d’Ail for our tennis training. We try to adapt the best we can. 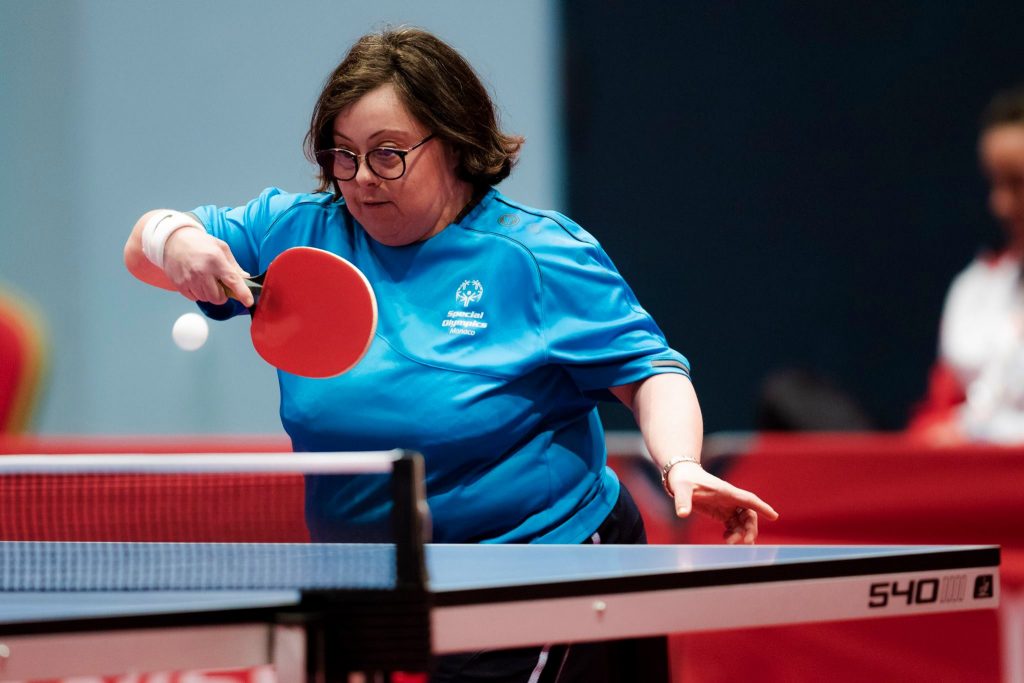 Has there been any Monegasque talent emerge in recent years?

Of course. But it should be pointed out that the specific aim of Special Olympics is to reward as many athletes as possible. It is very important to underline this. But we do indeed have athletes at a high level. In tennis, since the 2011 Athens Summer Games, our doubles team (Steve and Jody) is number one in the world. They have been undefeated for eight years. We are there on a very high level. On a more general level, we have athletes who have been with us for many years but also young athletes. The group dynamics and the mindset are extremely positive, and we have seen enormous improvements in performance. For example, at our last National Track and Field Games last year, the best time recorded in 100m (without the “spikes” – specialist running shoes – and without starting block) was around 14 sec. Not bad, right?

The associative world is suffering, at the international level, from a drop in donations but also in the number of volunteers and voluntary workers

Do you think that the current context may impact the economy of adaptive sport in the coming weeks?

This has been a fairly marked economic trend for several years. The associative world is suffering, at the international level, from a drop in donations but also in the number of volunteers and voluntary workers. It’s increasingly difficult to find people willing to support associations in the global sense of the term, whether it’s economic support or voluntary work. Special Olympics International is unfortunately no exception.

At Special Olympics Monaco we also face these problems, but we are fortunate to have a hardcore of volunteers who have been with us for many years and whose motivation (fortunately for us) does not seem to be waning. We are also fortunate to have a few newcomers in the team who seem set to stay, even though we wouldn’t say no to a few more volunteers. From an economic point of view, it is certainly more difficult to find sponsors, but with a lot of determination we manage to find them. And as I said earlier, we can count on the benevolence of the principality’s institutions and that counts for a lot.

*Unified football is a mix between adaptive sport athletes and partners without disabilities.