HomeNews and viewsNewsEurope: Sport and exercise for refugees in Greece

Europe: Sport and exercise for refugees in Greece

Europe: Sport and exercise for refugees in Greece

Estelle Jean, from France, founded Yoga and Sport for Refugees on the Greek island of Lesvos in 2017. She and a team of volunteers offer exercise classes to young refugees as a respite from the overcrowded camps.

"I went for the first time to Lesvos to see the situation with a friend for one week, and ended up teaching swim classes for the refugees. I was meeting a lot of people, including some refugees who were really into sports like taekwondo and wrestling. I went back home to France and we were still in contact and they were telling me: "Why don’t you come back and make a sport project for us?"

"Sport was really something that they liked and it was really helpful to get them outside of the camp and to be a part of their daily routine. I really wanted to go back to Lesvos, so I did, and started doing a few running classes, a fitness class and a little bit of boxing.

"I met a woman who wanted to do a yoga class with the refugees and we had a tent for exercising. I did some classes but what evolved was the refugees having classes to teach each other. Shortly after, I had some guys come say they did taekwondo for eight years in Afghanistan and they could teach a class. Soon, it became very popular for everyone to join, starting with classes in kickboxing and martial arts.

"They were interested where the teacher was from, and when I said he’s from Afghanistan, they replied,

Oh, I’m going to join the class. The coach is someone from my own country and I should try it and see how it goes.

"It’s easier to train with someone they can understand and who speaks the same language. I think for many of them, being a professional athlete is what they wanted to do in life.

"I’ve been here for two and a half years and the people are always trying their best despite the situation. You can see on their faces that conditions are not the best. You can feel the stress or the anxiety when they come to the gym. One of the guys who first came to the gym was super sad and closed up and not talking to anyone. Then he started to open up, smiling more and feeling less and less stressed.  He really wanted to be with people, to find friends, and he wanted to make his life better. You can see from everyone the situation is very hard, but you see when they come to the gym, they are really happy to be there.

"We have a lot of sports now: karate, muay thai, kickboxing, boxing, wrestling, bodybuilding, jiu jitsu, parkour, yoga, Zumba, hip hop, breakdance. The refugees who come to the trainings have really felt the benefit of sports on their minds and bodies. They also like that they are meeting and spending time with people. It’s a very important feeling. It’s not just about training, but when you’re training together, it makes you feel closer. It is completely unique." 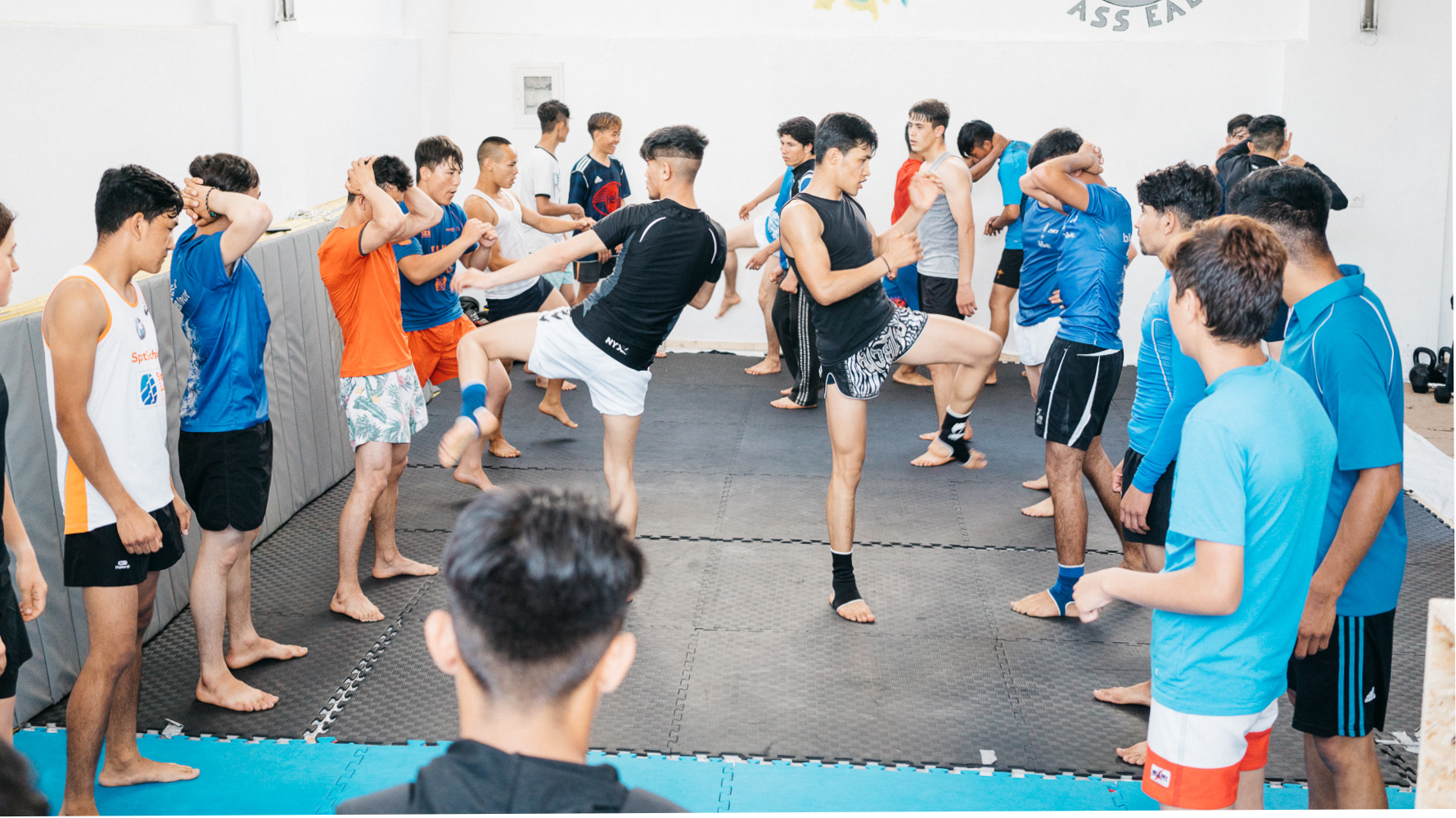 Estelle has been facing a whole new challenge with the ever-increasing tension in the overcrowded camps on the Greek islands. She remains committed to offering the refugees and migrants a space to switch off from the harsh reality and hope for a better time.

Visit the Sport for Refugees website for more information.