Kicken ohne Grenzen enables young people from disadvantaged communities to take part in regular, free football training that has no performance-based admission criteria. The project trains soft skills and subsequently provides educational opportunities for refugees that facilitate entry into the school system or working life. Khadija Ahmadi plays for “Team Birkenwiese”, a team for refugee girls that plays once a week and takes part in regular friendly matches and tournaments.

My name is Khadija Ahmadi, I am 20 and originally from Afghanistan. I came to Austria at the end of 2015. A year later, I heard from a supervisor in the youth accommodation where I was staying that there was an opportunity here for women to play football. This is how I came to the Kicken Ohne Grenzen team. 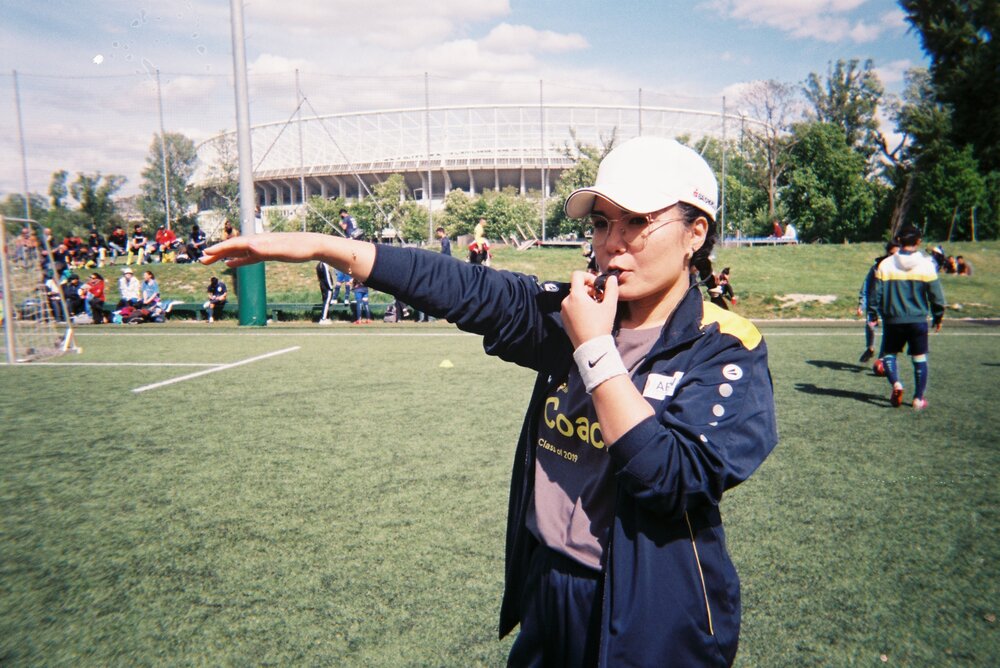 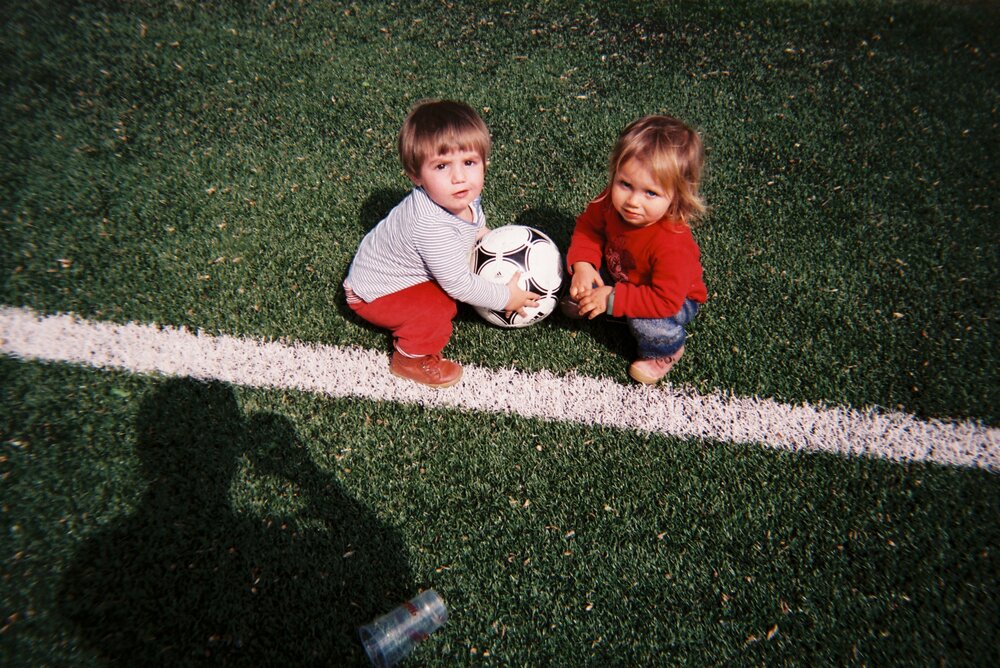 How is women’s football viewed in your community?

At the first match we played with the men, some of the guys were still saying that we should stay at home. We talked to them and tried to show them that we belong here. Football doesn’t belong to men alone. It’s not a man thing. We can play it too if we want. A week later, the guys apologised. That was a good thing. Women can also play football well; it is just that men have been playing it for longer. I never thought about playing football in Afghanistan and Iran. When I was there, I also still believed that it was a man thing.

I ask myself how my life would look like if as a kid I would have known about gender equality and we would have played together with boys. Maybe life wouldn’t be so complicated, and men and women would be equally accepted. Maybe men wouldn’t laugh at me, when I talk with them about football. I’m dreaming of a world like that.

Was there any wider meaning with your photos?

It was my first day as referee and I wanted to remember this moment. It was really special for me. For a long time, I wanted to be a lawyer. That day I was thinking back about this dream, because when something happened everybody looked at me and wanted me to make a decision or judge if it was right or wrong. I suddenly felt totally different, because I had such a big responsibility. Even if it was really exhausting, I was satisfied with my decisions afterwards. I’m still very happy that I managed to be a referee for one day.

I wanted to show that this tournament had a lot of different people, coming from different backgrounds and countries. Everybody was enjoying the atmosphere and was so relaxed, even if they are all different.

I think the existence of a goalkeeper is always underestimated. In our team I learned that the person who scores the goal is not always the most important. Everybody has his or her own role within the team and everyone is valuable. 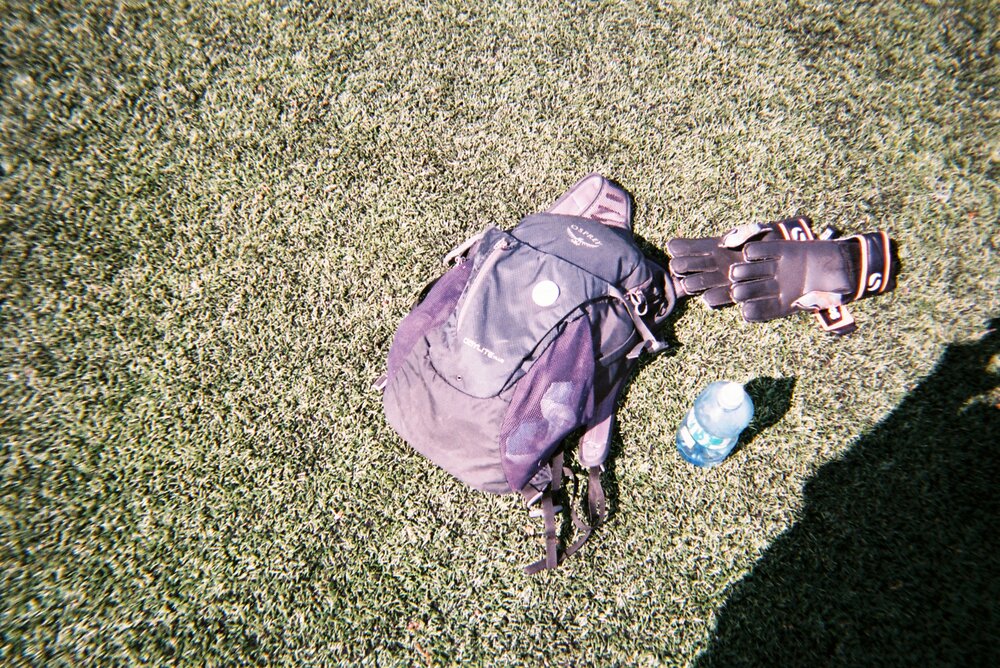 How has football changed your life?

Through football and my new friends, I’ve been able to find myself again. When I say that, people may think that it’s an easy thing to say. But in my case, it was different. I didn’t know the language; I didn't know anyone. It’s as if you are being born as a baby again. I think you can only understand it if you’ve experienced it yourself.

One thing that’s changed over all these years is that only a few team members still wear a headscarf. I barely wear the hijab anymore. But that’s only partly to do with football. I simply wanted to integrate. I want to look like who I am and not be seen differently just because of a scarf. I got the feeling that if you wear a headscarf then you’re judged straight away. It should actually be a personal decision, but it doesn’t work that way in society. If I have an interview and wear the hijab, they’ll say “no” straight away. It was difficult for me to take a decision. I’d been used to wearing the hijab my whole life. And I always heard that if you don’t wear the hijab you go to hell. But now I feel free.

I just want to have my peace and quiet here in Austria. I had to wait two-and-a-half years for the asylum decision. I finally got a positive decision a year ago. Now I want to live independently. I thought an apprenticeship would be good in order to have a stable life. I applied for an apprenticeship as a dental assistant. Unfortunately, I wasn’t taken. I still wasn’t self-confident back then. It’s got a lot better since. When you arrive somewhere new, things aren’t very easy to start with.

I did manual work two days a week at the production school. I was in the technology branch. The technology area is male dominated, like football, but because of this there are good opportunities for women. It was nice when there were introductory sessions at the school, as everyone asks what everyone else is up to. I would say straight away that I’m a in a football team! Everyone always finds that cool. Now I have an apprenticeship as an optician. 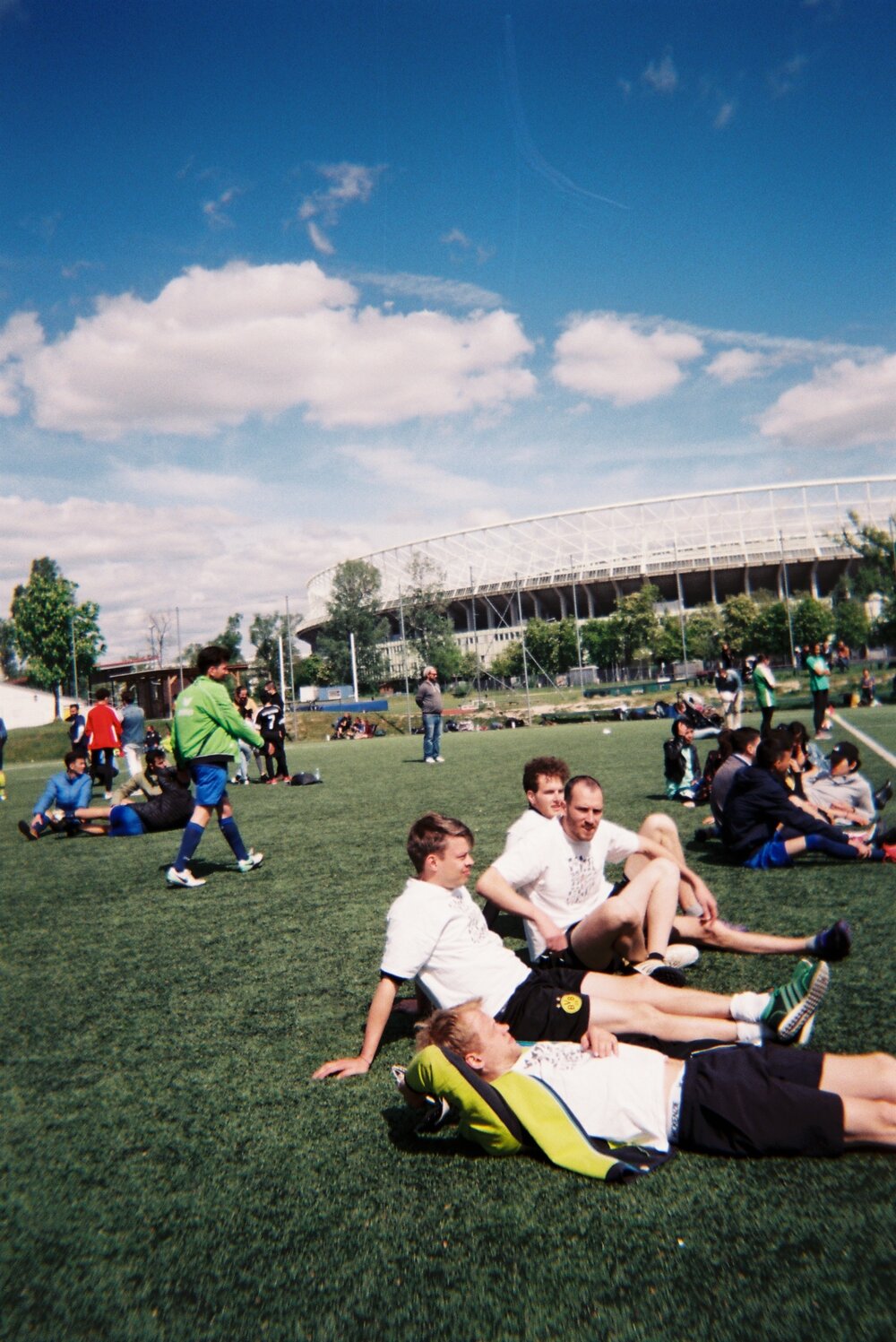 What role does football play in your life at the moment?

I have seen a lot of Vienna thanks to football. We have been to districts I had never been to before and we have been able to get to know the city better. And now, with the travelling, our world has got bigger. We fly. We travel. We now want to play football around the world. We have already been to Cologne and Copenhagen.

In the training sessions, we were all able to boost our self-confidence, including through workshops and further training opportunities. I learnt a lot at Kicken ohne Grenzen’s BeASkillCoach Academy, for example how to introduce and present oneself correctly. One woman told us how to act and how to ensure that we are noticed.

In the courses, I was also able to learn what being a referee is all about. I have since refereed a few games. When there are disputes, it is a big challenge to keep the teams under control. Sometimes you also have to be strict. The same is true at the children’s training sessions where I help out. Communicating with children is completely different. You learn how precisely you have to explain the exercises so that everyone understands. 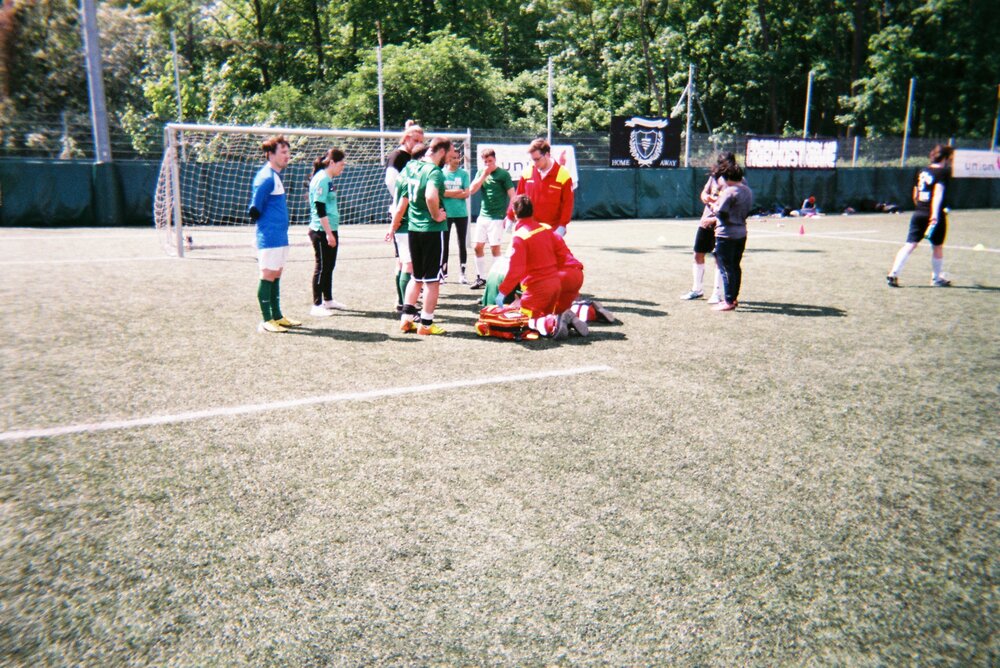