Walking and cycling will be prioritised in an urban development for up to 20,000 people, with homes allocated just half a parking space each.

Authorities in Hamburg have given the go-ahead to the radical plans for Oberbillwerder, which will be one of the first places worldwide to make physical activity the primary concern in its urban planning.

The 7,000 homes planned for the district will have to share parking facilities – the half a space per property needs to accommodate visitors, too – and cars will only be able to be left in communal neighbourhood garages, up to 200 metres from residents’ front doors. Parcels and shopping will have to be delivered to these communal hubs. Only ‘necessary traffic’ such as emergency vehicles, removal vans, disabled drivers and business deliveries will be exempt from the policy.

The forward-thinking design was chosen following an appeal by city leaders for architects to create a ‘role model active city district’. Residents have been invited to view and comment on the plans.

Dorothee Stapelfeldt, Hamburg Senator for Urban Development and Housing, said: “We want to create a district that shows us what Hamburg should look like in the future.”

Since 2016 the Hamburg Senate has been pushing ahead with a progressive active city strategy which aims to transform 40% of the urban surface area into green space, and for 25% of journeys to be made by bicycle. By the end of this year, Hamburg is aiming to be named a Global Active City by the Active Well-being Initiative, in a programme supported by the International Olympic Committee.
Oberbillwerder will be built on marshland, around existing drainage ditches. There will be allotment gardens, playgrounds, an activity park and public sports complex, and bike and ride storage. The district will cover around 3.6 million square metres and provide 4,000 to 5,000 jobs.

Three schools, a swimming pool, and 12 to 20 day-care centres with outdoor space will be arranged around a green loop so they can be reached easily without a car.

Sport and physical activity will play an important role in the development of this district.” 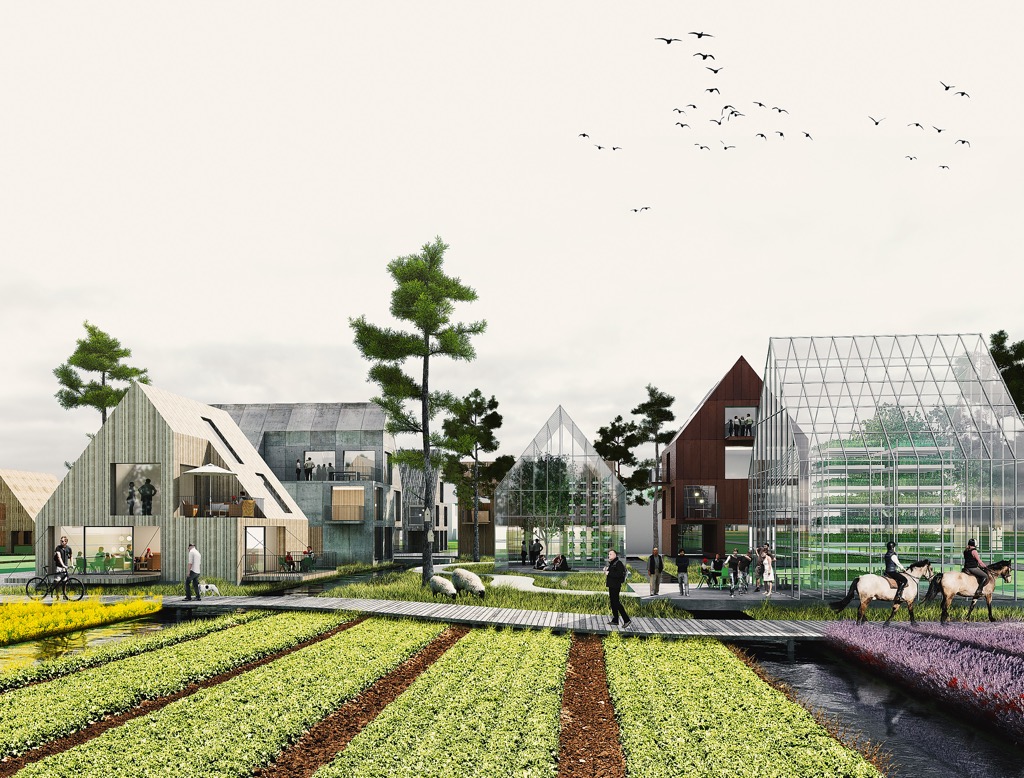 The neighbourhood has been designed by the Danish architect Adept, Dutch architect Karres + Brands and German engineers Transsolar Energietechnik, in response to a draft masterplan by the developer IBA Hamburg. Local residents took part in the tendering process, which was open across the EU. Twelve planning teams were selected to compete, with four going through to the final round.

It will be the second-largest single development in Germany after Hafen City, also in Hamburg. The final masterplan should be ready by the end of the year, with building expected to begin in 2023.

Adept is working on a scheme with similar parking limits in Kolkajen-Ropsten, Stockholm.

Head of communications Eva Hviiid-Nielsen said: “Our project aims to showcase and build the city of tomorrow, where the vision is a pilot project for developing new super-sustainable cities.”

In May Hamburg became the first German city to ban older diesel cars.