HomeNews and viewsNewsHealth Goals Malawi: A collaborative project from Liverpool to Malawi

Health Goals Malawi: A collaborative project from Liverpool to Malawi

Health Goals Malawi: A collaborative project from Liverpool to Malawi

A project from multiple partners to implement football programmes to educate about HIV and encourage self-testing.

Health Goals Malawi is a project delivered in close partnership between two major institutions in the city of Liverpool: the Liverpool FC Foundation and the Liverpool School of Tropical Medicine (LSTM).

While the Liverpool FC Foundation likely needs little introduction for those with an interest in sport, and the football club’s recent success in the Champions League and current position in the Premier League ensure that its profile continues to grow, the Liverpool School of Tropical Medicine may be less well known. LSTM is a world-leading research institution, with research partners around the world who it collaborates with to fulfill its mission of reducing the burden of sickness and mortality in disease endemic countries by designing and implementing interventions, which improve human health and are relevant to the poorest communities around the world. It has a long-term relationship with Malawi via its partnership with the Malawi Liverpool Wellcome Trust, who have a strategic initiative to target selected high burden chronic diseases, particularly related to HIV.

Health Goals Malawi calls on the strengths of the respective organisations to deliver a comprehensive and appealing package of coach development. Currently focusing on the Chikwawa district of Malawi, this LFC branded package includes: 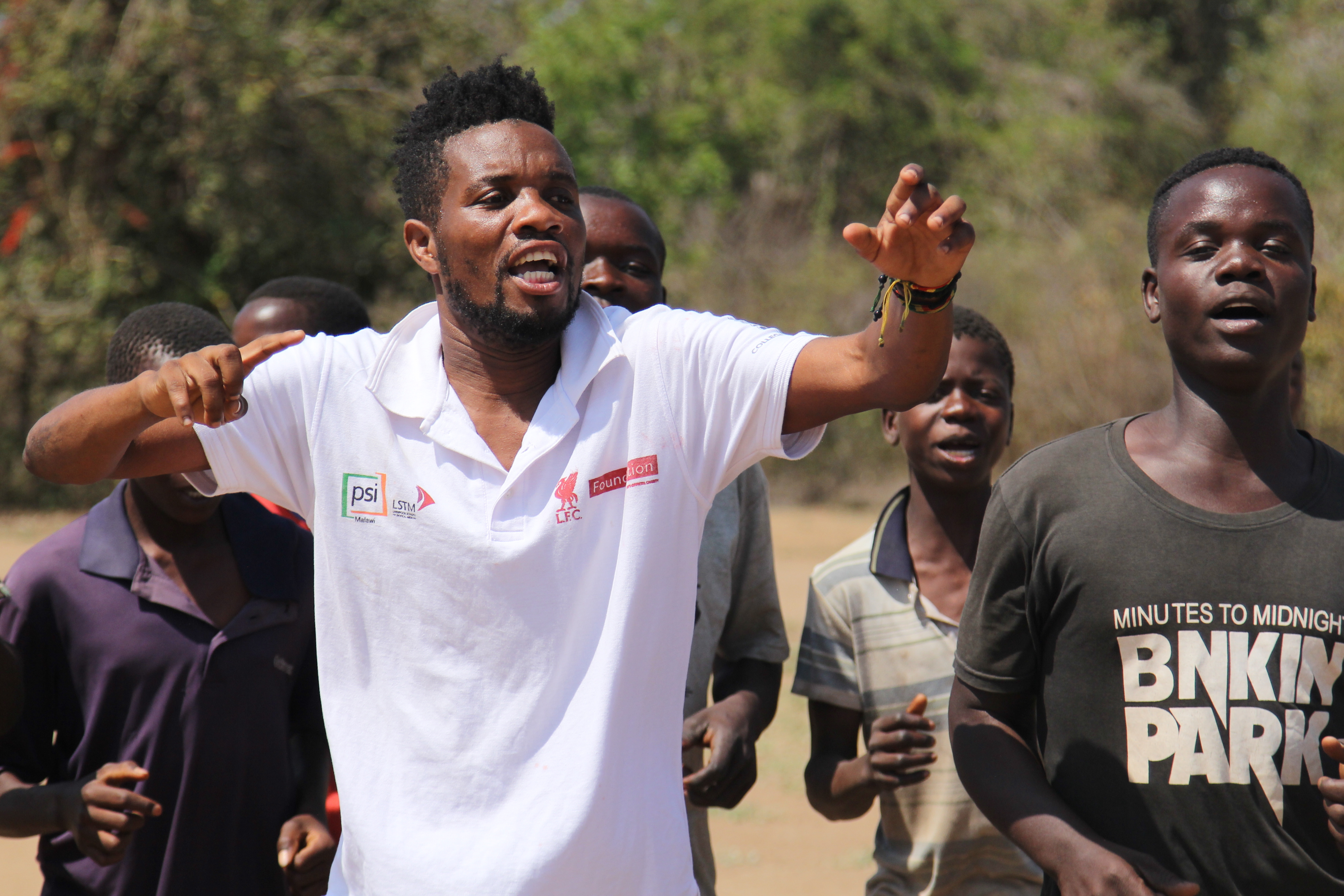 The multi-partner approach allowed the project to firstly be built to fit with existing sports and health promotion structures. The department of sport for the district was closely involved in the identification and mentoring of coaches as football coaches, while Population Services International, involved from the beginning in the planning and subsequent delivery by the Health Goals Malawi coaches, were able to provide HIV self-test kits at football activities throughout the district, distributing over 4,000 kits over the first two months following the capacity building activities.

At the heart of the success of the project, however, was the tightly knit cohort of community coaches who undertook this training programme. Strongly connected to the Liverpool FC brand, proud of the link to the major sporting brand but deeply rooted in the Chikwawa community, the coaches have substantially moved the dial on attitudes to HIV testing amongst young people who attend their sessions. As one participant observed: