The role of sport in the inclusion of youth with disabilities

For many years now, sport has been seen as a vehicle for the sociability and integration of marginalized communities, due to its non-discrimination and its capacity to offer spaces for inclusion and bodily expression. This capacity to provide innovative solutions, particularly in the social field, has given sport an important place in national policies and in many development projects led by civil society.

UNESCO estimates that 93 million children under the age of 14, or 5.1% of the world's children, live with moderate to severe disabilities. 80% of them live in a developing country.

In Morocco, according to the latest census conducted in September 2014 by the Higher Planning Commission (HCP), the number of people with disabilities amounts to 1.7 million people, or 5.1% of the population.

The same survey reveals that 66.5% (more than 1.1 million people with disabilities) have no education at all, compared to 35.3% among people without disabilities. This situation affects more women (79.5%) than men (53.4%), according to HCP's data, and 86.6% are inactive.

According to a report by the Economic, Social and Environmental Council, the conceptual model in place in Morocco, on the inclusion of people with disabilities, is outdated and contributes to the persistence of cultural, social and economic barriers, which prevent the establishment of an environment that is conducive to the effective social participation of people with disabilities.

TIBU Maroc, as the main actor of social innovation through sport in Morocco, has chosen, for more than 9 years, to make the strength of sport its ally to offer innovative solutions to social issues, including education, empowerment of young people, girls in rural areas but also the socio-economic inclusion of young people in NEET situations.

Social innovation through sport in the service of disability 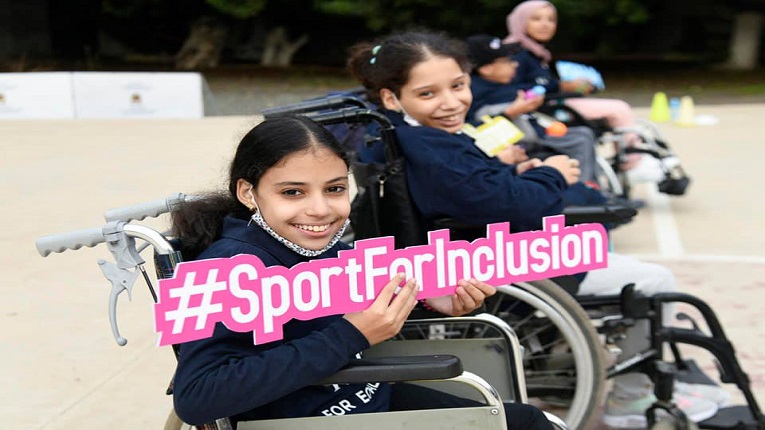 In 2015 and thanks to the support of the U.S. Embassy, TIBU Maroc launched its Wheelchair Basketball School for young people with disabilities. This program has enabled more than 30 young people from vulnerable neighbourhoods of Casablanca (Mdina Lqdima, Sidi Maarouf, Sidi Moumen) to follow an annual program rich in activities focused on strengthening motor, cognitive and social-emotional skills through basketball, improving self-perception and leadership.

In early 2020, an overall evaluation of the project focused on 4 major challenges faced by young people with disabilities: 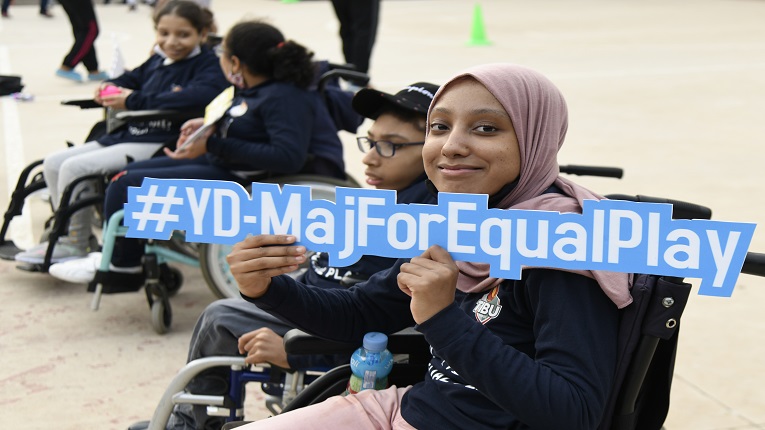 The program also targets the parents of young people with disabilities, particularly the mothers, in order to support them on positive education, the creation of a positive environment within the family and also to alleviate the mental burden related to the care of a child with a disability.

Lastly, the program offers spaces for innovation and creativity through sport to set up awareness-raising projects around disability. Namely, we will launch a comic book made by the beneficiaries that advocates for inclusive schools in Morocco.

The discrimination suffered by children and young people with disabilities puts them in a situation of isolation and complete dependence on their family members, especially their mothers. Through workshops and fun and sport activities, the Yd-Maj program aims to break the isolation of these young people by promoting inclusive education and changing the perception of disability. When they play, the young people mix and need to be part of a group. Sport is a way for them to feel valued and to learn about life through self-improvement.

Through 3 sessions per week, the youngsters as well as their mothers will benefit from:

Further, workshops on important 21st century skills as well as on the balanced nutrition within a Moroccan context have also been planned.

Impact on the beneficiaries: