HomeNews and viewsNewsMore than just a game: Cricket changing lives in rural India

Kabeer Arjun shares a case study from the Anantapur Sports Academy on two cricket players from their rural grassroots centre.

Prior to May 2017, B. Vikram (15) and C. Shekhar (18) didn’t know each other. However, they shared an identical past. Both of them had dropped out of school and had fractured relationships with their parents. Things had reached a point where their parents had all but given up on them, they didn’t even know where they were most of the time. The pair of them showed no interest in school or work. Instead, they spent all day playing cricket in the narrow streets of Kalyandurg, a town in Anantapur District, and used any money they had to bet on the outcomes of their matches.

“Once Vikram dropped out (of school), we were naturally very concerned. We tried to punish him and force him to go to school. But even if he did go to school, he’d leave his books somewhere and run away to play cricket. We gave up on him in the end,” said Vikram’s mother. Coming from the same neighbourhood, Vikram and Shekhar are one of many such youth in the area. It is perhaps only their genuine passion for cricket and their inherent talent that has brought them together.

However, a shift occurred since May 2017 in the lives Vikram and Shekhar, which put their paths together on the road to betterment. Today, they are the stars of the Anantapur Sports Academy (ASA) Cricket Centre in Kalyandurg. Vikram is a wicket keeper and batsman while Shekhar is a bowler. Registered for their 10th board exams, they are now focused on their goals and are taking the steps in the right direction to turn their ambition to play professional cricket into reality. 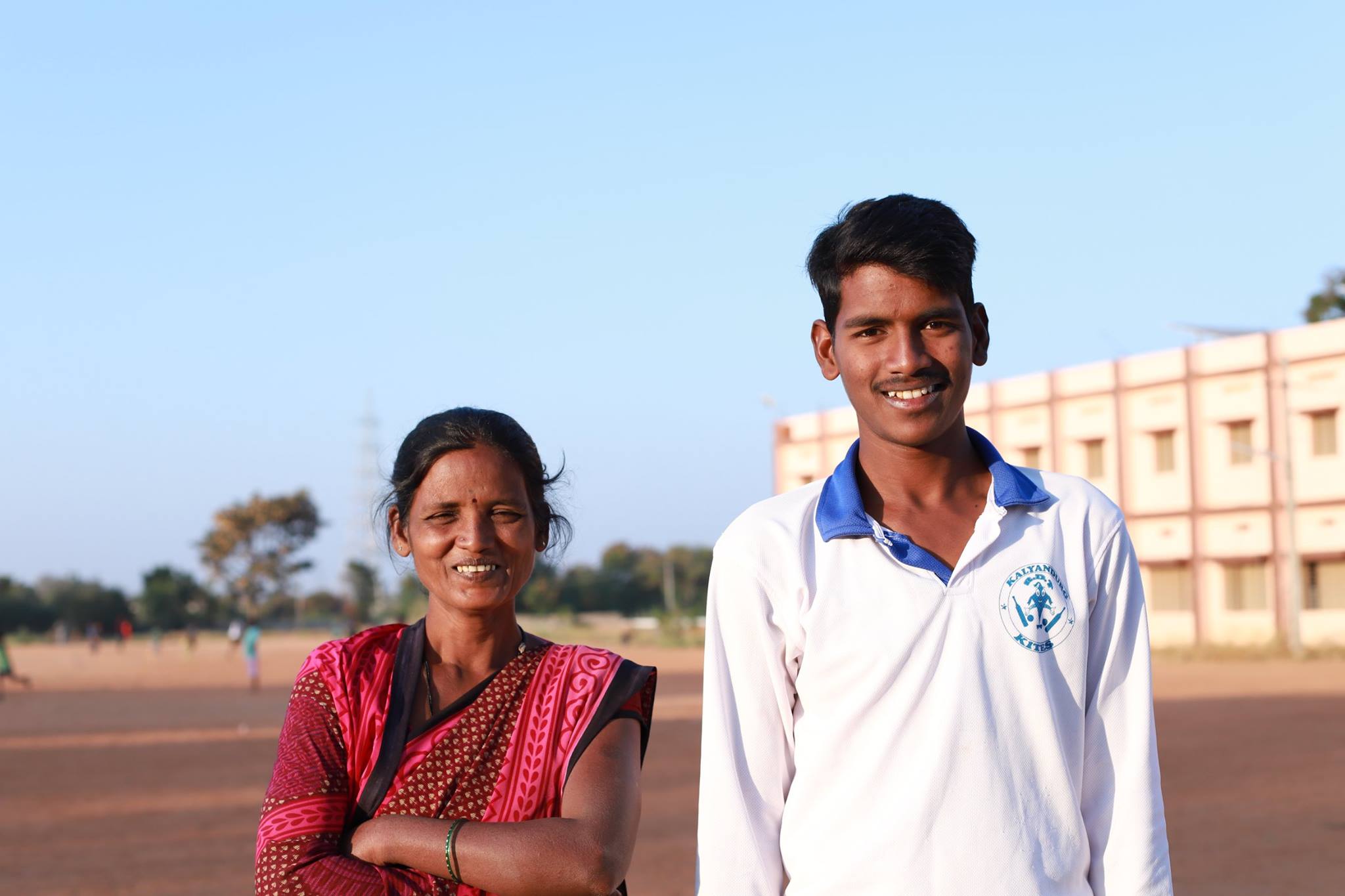 In May 2017, Shekhar and Vikram both arrived at the ASA Cricket Centre in Kalyandurg to attend the annual summer camp. At the camp, working with other motivated children and the coach R. Kumar (Joshi), helped them both realise what they needed to do in order to achieve their potential. Just playing cricket on the streets wasn’t enough.

“When they first arrived, their lack of education was evident. It was difficult for them to understand even basic instructions. Once I learnt about their stories and had a conversation with their parents, I made it a point to help them realise the importance of academics and school”, said Joshi on his first impressions of Shekhar and Vikram.

Both Vikram and Shekhar won awards at the summer camp in 2017 and tried to register for regular coaching sessions at the centre. However, they were given a firm ‘NO’ from Joshi, as he felt that they needed to go back to school first. They persisted though, coming to training every single day, even if it meant they weren’t involved in practice and had to watch from the side-lines.

Seeing their determination and passion for cricket, they were eventually allowed to join the centre. But since then, Joshi has taken steps to help them understand that just playing cricket wasn’t going to take them anywhere. They were made aware of the fact that education is vital to any child’s overall growth and development. After further conversations with their parents, both Shekhar and Vikram decided to register for their 10th boards exams.

What can sport and development actors do better in the future?

Sports: Play to improve, not to prove

Making sport more ‘disaster ready’: How can we be more than Just Play?