HomeNews and viewsNewsOceania: Adapted sport for disability inclusion in Vanuatu

"In 2017-2018, we had a volcano eruption on the island of Ambae, and we evacuated people with a disability and the vulnerable people to here on the island of Santo. I was with the Red Cross at the time and there were almost one hundred people, men and women, children with their parents, elderly people, some with eyesight problems, amputees, some of them born with a disability, and we were trying to find activities to involve them.

"We approached the Volley4Change programme - who I work with now - and they already had an idea of sitting volleyball. Me and my colleagues at the Red Cross didn’t know about the sport, and we never had a course on it, so we looked online for how to play.

"The Volley4Change programme laid out a string for the net and laid out the course, and at first it was only the able-bodied persons who were playing. Then with each day, more and more of the people with disabilities began playing.

"We asked why they were hesitant to join and they said growing up as people with a disability, they had never actually joined in any of the sports.

They were afraid they would make a mistake and I was trying to tell them: this is your game.

"It was hard at first, just getting them to be on the court because of their 'I can't do it' mentality, and because they had never been involved in a sport before. They had only known volleyball as a standing sport played by able-bodied persons. But I think through sitting volleyball, we’re creating visibility that sport can be inclusive and people with a disability can join as well. 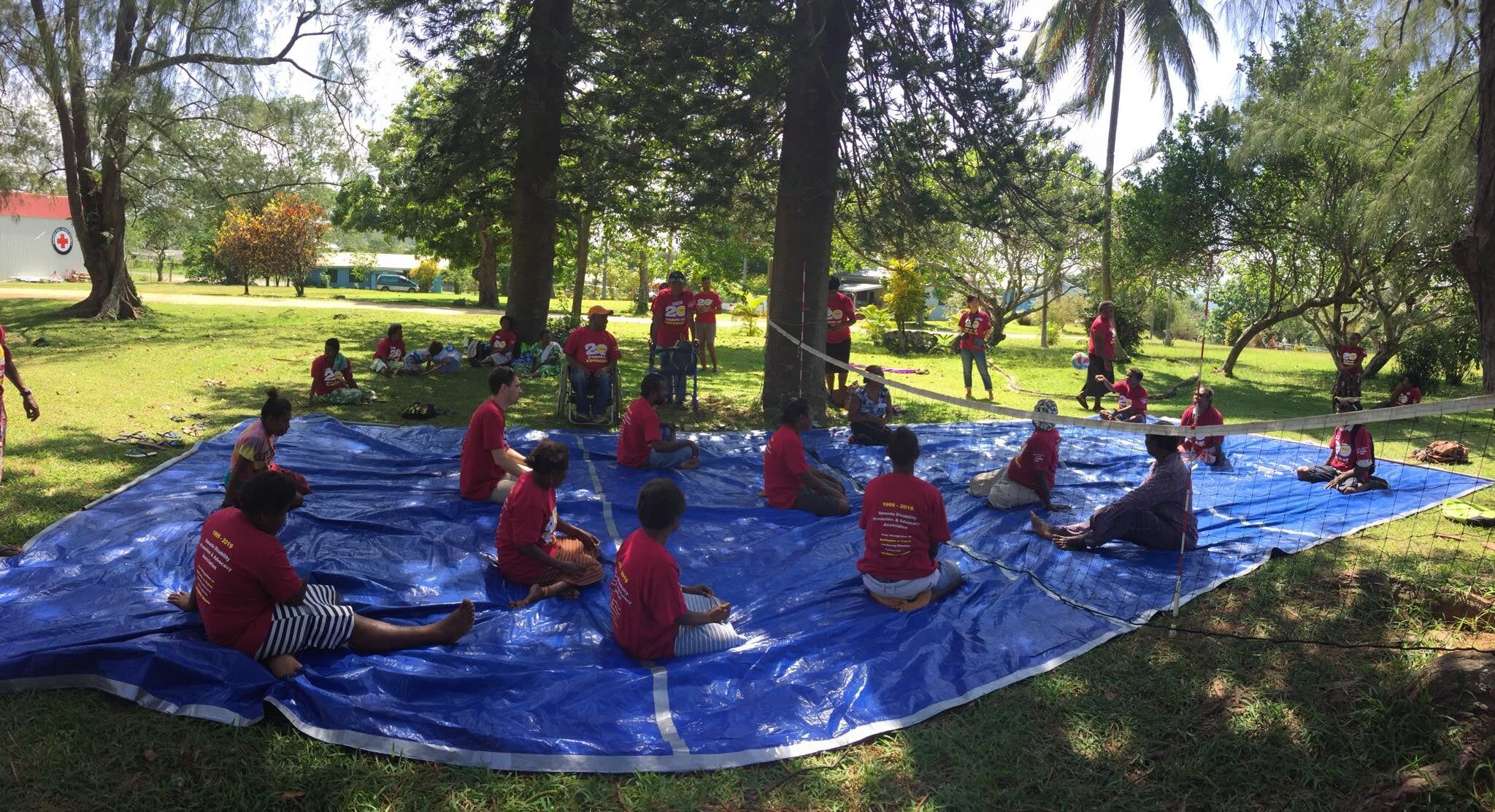 "We had a proper sitting volleyball course only last year. During the workshop, we set up a court in a chief’s nakamal; a traditional space where chiefs have regular meetings. It’s a large space looked after by the local government, but it already has posts as part of its design. It worked out well and the chiefs were quite happy to let us use the nakamal.

"The goal now is we really want to involve the young people with disabilities and children to be part of sitting volleyball. We already have some para-sport athletes from Vanuatu, mostly in athletics. We had a girl who won a medal in javelin at the 2018 Commonwealth Games and that was the first time there was a spotlight on para-sport. There was another para-athlete who won javelin at the regional games and has qualified for the Tokyo Olympics Games and that was huge.

Hopefully, we can build off of all this. We’re trying to include more communities that are showing interest in sitting volleyball.

"We also want to find potential athletes who we can train to become part of a sitting volleyball team."