HomeNews and viewsNewsPlaying the boys

We beat the boys 3 times in a row!

This story happened on a sunny February afternoon. It was a hot day, and Coach Huyen was heading to deliver a Feeling Safe module session to her team, Blazing Sun. Team Blazing Sun has 14 female players; they are active and hard-working – their team name was picked because they always want to shine as brilliantly as the sun.

Coach Huyen arrived to the pitch early to find her team and some male players from team Vietnam Champions already there. As she stopped her bike, her players came to tell her that the boys wouldn’t let them use the pitch because they were going to have a session.

There is a small volleyball court available nearby, but Huyen wanted the pitch with the shade for her players as it was so hot. Huyen approached the boys to negotiate, “Can you let the girls team use the pitch first as we are all here already, and then when we move to the life skills session, you can use it?”. The Blazing girls jumped in and asked the boys, “How about having a competition? The winner will have the pitch.” The boys team accepted the challenge and asked Huyen to referee the match.

It was a five-minute game with seven players on each team. The other players stood on the sidelines, cheering for their teams. The girls’ team communicated well during their attacks, they passed the ball with good technique, and effectively organised their defensive line. However, the boys didn’t do that well. After 5 minutes, the game ended with a score of 15-5. The girls were the winners!

The boys begged for another game against the girls, claiming to have ‘gone easy’ on them in the first one. Coach Lan, Huyen’s coaching partner, had arrived by then and she refereed the second game. It was another win for the girls’ team; a final score of 5-0. The boys admitted defeat and let the girls’ team have the pitch. A few weeks later, one of their coaches told Coach Huyen that the 2 teams played another game, and that the girls won again!

The girls were really proud of their victory: “The victory is really important for us. People often say boys are better than girls. They never think that we could beat a boys’ team. Some people said we won because the boys didn’t do their best, not because we were better than them. But after beating the boys’ team three times in a row, we know and proved that we are!” 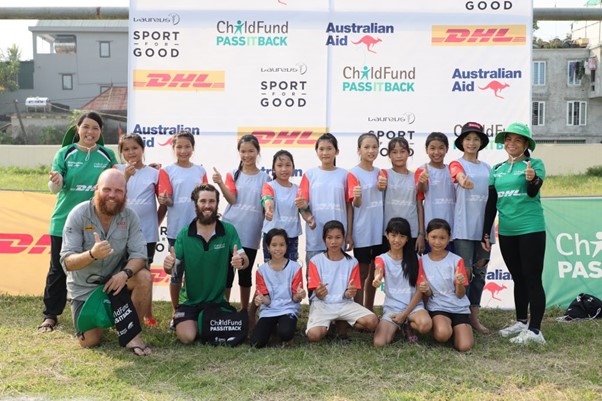 Copyrights: ChildFund; Team Blazing Sun and their coaches welcomed James Owens and Ron Rutland as they cycled crossed Hoa Binh, Vietnam during the DHL Race to Rugby World Cup in 2019 to raise fund for Pass It Back

The girls are better than us

Not only was this an eye-opening experience for the female players, the experience also changed the boys’ way of thinking.

Chuan, the team captain of Vietnam Champions team, shared: “That was the first time we competed against girls. At first, I was really confident that we were going to beat the girls and get the pitch. My team also thought the same. I thought that as boys, we are tougher. But the girls defeated us. I now had to change my view.”

Duy, another male player said: “I thought I tried my best. Our team tried our best. However, the girls were playing so well. They are more skillful than us and are better than us at communicating, moving into gaps, swerving, and running both in-lines and out-lines. They had better tactics and solidarity when they played. The girls played better than us. We accepted our defeat and we think we can learn from them to improve our game.”

Coach Huyen shared: “After the game, I saw how happy my girls were, and I also saw that the boys were open to the fact that girls can win, and they had a positive response to their defeat as they tried to improve their own game by learning from the girls. It was said that the Vietnam Champions boys used to tease the Blazing Sun girls before at school. After their defeats, they stopped doing it and respected them more. The story is a great evidence to show everyone that girls can do whatever boys can; and sometimes, even better.” 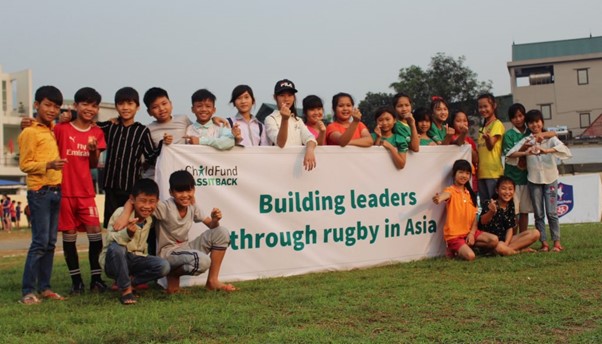 Copyrights: ChildFund; Team Blazing Sun and some Vietnam Winners’ players posing with each other at a competition