Keon Richardson on how meticulous project planning is necessary to enhance access to sport for people with visual impairments through blind football.

Blind football took to Zimbabwean soil in 2018 and has proven to be extremely popular amongst the visually impaired community. Thanks to effective project planning by the Zimbabwe National Paralympic Committee (ZNPC), the sport is enjoyed in special schools for the blind, mainstream schools, universities, and communities across each of Zimbabwe’s ten provinces. In this article, three areas of the project’s design are highlighted as key factors to sustain high-quality participation in blind football.

Mapping out the visually impaired demographic

One of our project objectives was to establish blind football as a nationwide sport in all ten of Zimbabwe’s provinces. This objective is corroborated by the sporadic geographical location of people with visual impairments in Zimbabwe, from the capital city of Harare to the rural areas of Matabeleland North. In addition, people with visual impairments often complete their primary and secondary education outside of their province, either in a mainstream school with a visually impaired resource unit or the two special schools for the blind in the country. Those who progress to tertiary education usually go to the University of Zimbabwe, where scholarships are provided for students with disabilities. In recognising this, the ZNPC targeted these educational institutions catering for the visually impaired throughout each province to implement blind football through coaching clinics, creating a linear participation pathway from primary to tertiary level. The ZNPC also identified settlements with mass populations of visually impaired people, such as Epworth in Harare and Lusulu in Matabeleland North, to implement the sport with the support of leaders from the visually impaired community. 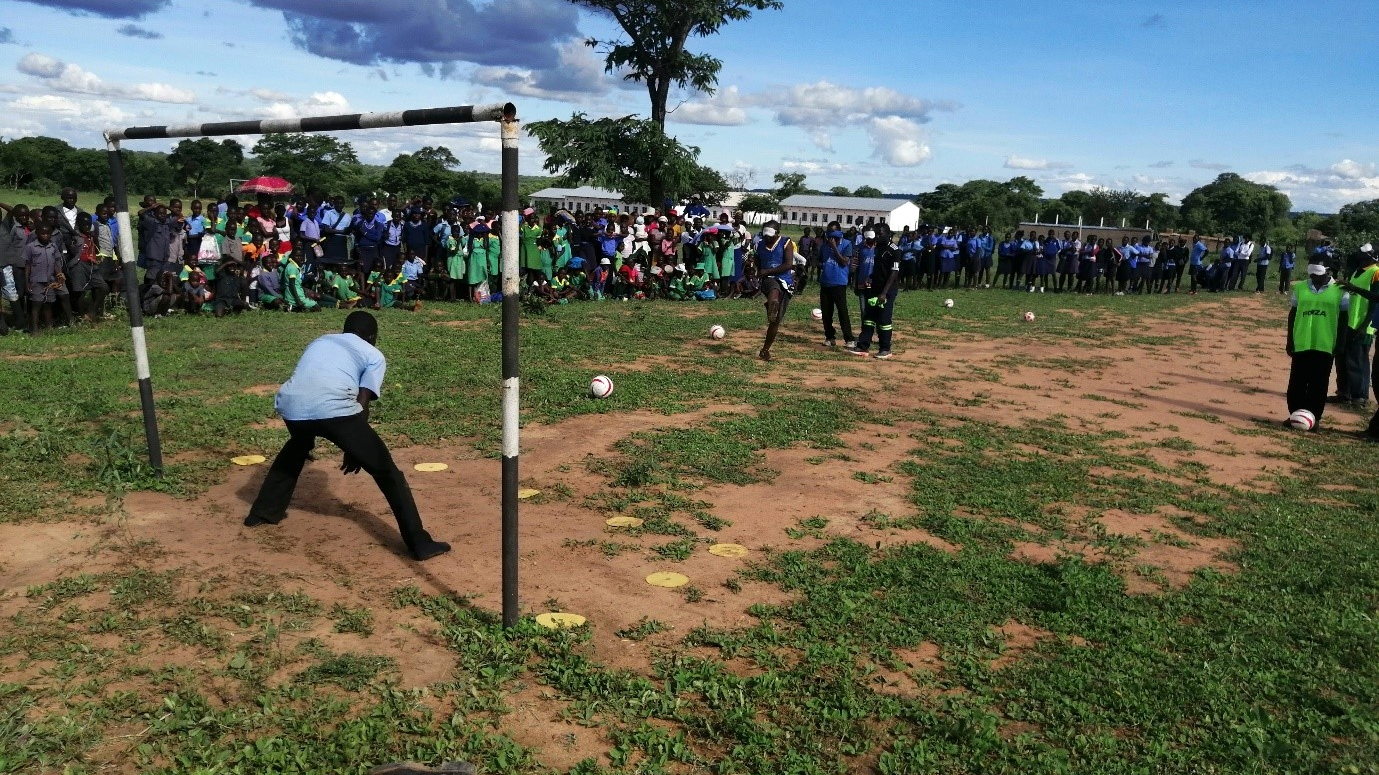 Participant takes a strike at goal amid a crowd of spectators at a coaching clinic in Lusulu settlement. Photo: Keon Richardson

A core aspect of our project includes facilitating blind football coaching clinics to train specialist and mainstream teachers as blind football coaches. Initially, provincial clinics were held at a central venue, but we found it more effective to hold coaching clinics at the teachers’ educational institution to demonstrate best practice for the teachers, students with visual impairments, and senior staff at large. Clinics last for a day and a half as a minimum, covering orientation and mobility, rules of the game, ball control, team play, and matches. Activities from the clinic are recorded and sent to coaches in addition to blind football coaching manuals. Instilling our values of gender equality, we actively seek the engagement of women as coaches to impart the skills of blind football, particularly to female students, who are generally diffident to play blind football. Training women coaches has led to a large increase in women players nationwide, many of whom aspire to become blind football coaches, creating a virtuous loop of lifelong participation. RT, a high school female player at Jairos Jiri Association School for the Blind, who also coaches the school’s primary blind football team said:

I am aspiring to be a coach so I have my own team. I want the whole nation [of Zimbabwe] to know that I can coach blind football 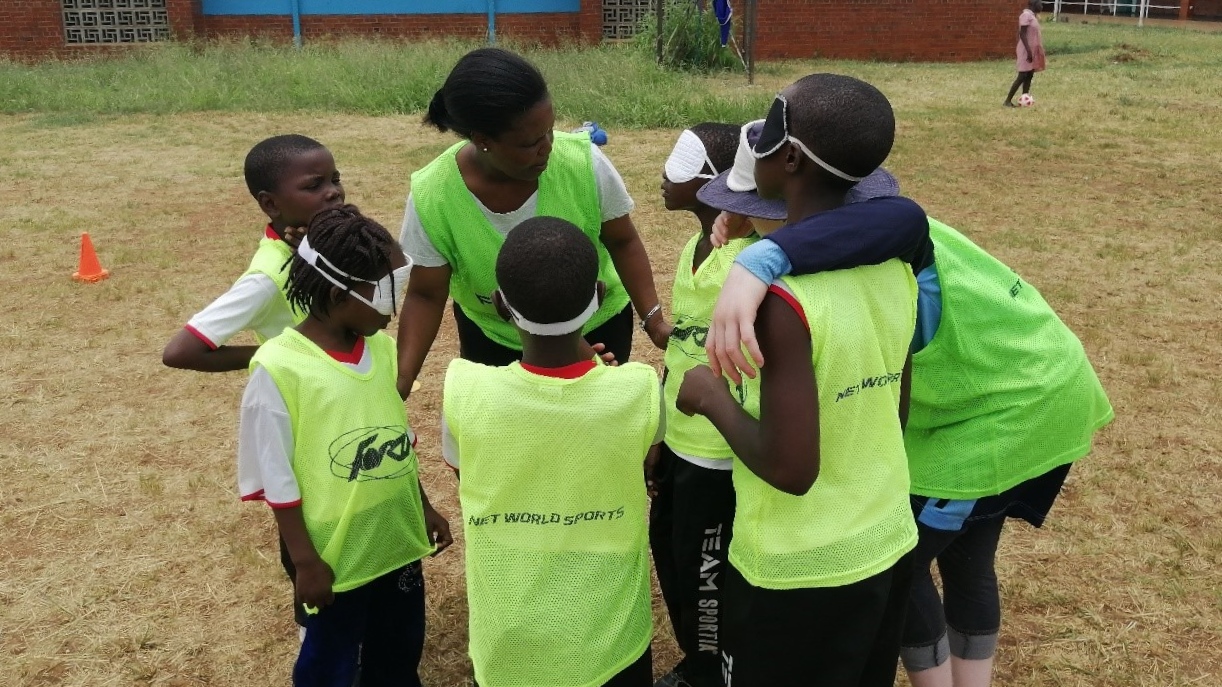 A trained coach gives feedback to her team at half-time during an interhouse match at Jairos Jiri Association School for the Blind in Mashonaland West province. Photo: Keon Richardson.

Keon Richardson is a Sport and Olympic Studies Graduate Student from the University of Tsukuba. Adept at coaching blind football, Keon has volunteered as a blind football coach developer for the Zimbabwe National Paralympic Committee since 2018, travelling across rural and urban areas of Zimbabwe to facilitate coaching clinics.