HomeNews and viewsNewsSouth America: Enhancing education through play in Peru

Nexos Comunitarios founder Maricarmen Valdivieso and project director Kenji Misawa use the Kick-off project to enhance education through play in a remote mountain community in Peru.

Cuncani is isolated almost four thousand metres above sea level. It’s in the middle of the mountains and the only public facility is a school with a community centre. They don’t have a market or a health post. Half of the families don’t have electricity. They have one public phone but no cellular phone service. Being so isolated, sport is a good way to connect to other communities and the wider world.

"We’ve introduced Kick-off to improve education during their school day using the element of play. Football is ideal because there’s a special passion for it from the children and all the parents of the community, beyond gender and beyond age.

"The idea stemmed from the World Cup and the passion for Peru being in the tournament. We were amazed by how much this event unified the nation.

So we thought to merge football with community development and brought this idea to the teachers and community leaders of Cuncani.

"They informed the parents who speak Quechua and do not speak Spanish. We have heard they are very receptive to the programme. Football unifies people. We’ve already seen that sports have brought people together more than anything we’ve done in previous projects. Whenever we have a meeting about this programme, we see more local participation.

"At the core of it all is the element of play and offering the children a safe place they can trust where the non-cognitive skills of compassion and teamwork can be fostered. We’re using football to do this.

"Play is most important, be it football or another game. Play brings about immediate happiness.

"Football, up to now, has taught the boys and girls to grow plants in their gardens and to wash their feet. In other words, football has been used to educate. It has given girls a space where they can feel the same power as a boy or to work as a team.

"For us, as an NGO, we must think how to help them in their future. Children need to grow up with more security, with the will to work in teams, and also with more empathy for others. They are going to have more problems with climate change, for example. Personally, I want the children of Cuncani to grow up safe and happy with skills to face what the future holds for them.

"The Kick-off project looks to improve rural education. It is not an academy outside of school or trainings outside of school hours. It’s an educational project that uses sport and the element of play within school to better rural education and communities that live in precarious situations. It has two objectives: use football to develop cognitive and non-cognitive skills and place school at the center of social transformation." 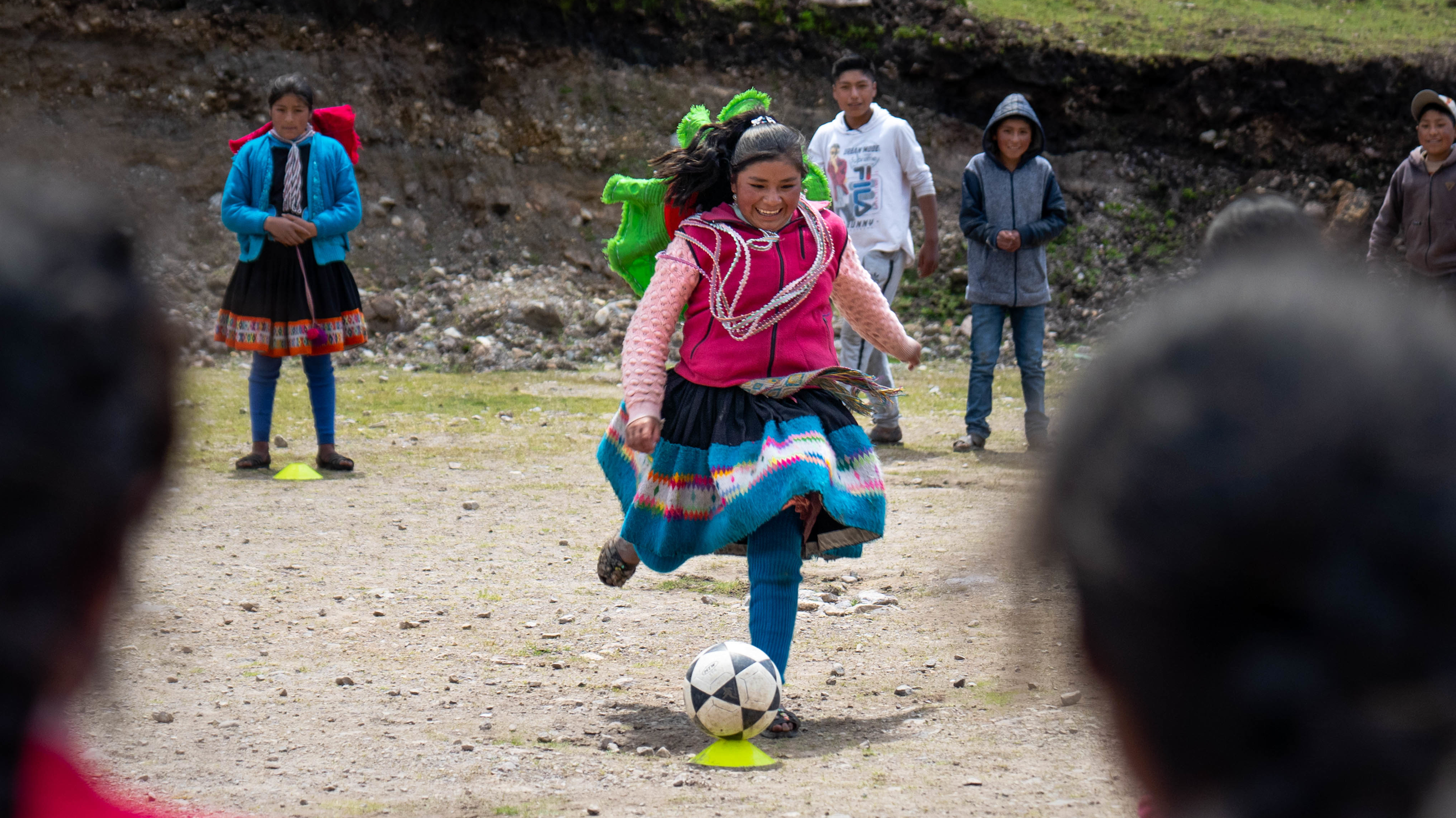 Maricarmen and Kenji work from Peru’s capital Lima while maintaining a strong bond with their adopted Andean community of Cuncani. Their NGO, Nexos Comunitarios, looks to incorporate a PhotoVoice project with the Kick-off project, whereby the children take photos during the football training and show their perspective of education through play.

Building blind soccer in the USA