HomeNews and viewsNewsFor Tel Aviv’s Alley Runners, success is measured both on and off the track

For Tel Aviv’s Alley Runners, success is measured both on and off the track

For Tel Aviv’s Alley Runners, success is measured both on and off the track

Jamal Abdelmaji Eisa Mohammed, a candidate for the Refugee Olympic Team for the Tokyo Olympics, is one of the many members at the Alley Runners Club, a club founded to provide sporting opportunities to young people in Tel Aviv’s disadvantaged communities.

Nine years ago, Jamal Abdelmaji Eisa Mohammed spent three days crossing the Sinai Desert on foot from Egypt to Israel, the tail end of a treacherous journey from his home in Sudan’s war-ravaged Darfur region. Since then, he’s worked his way onto a doorstep that could lead him to next year’s Tokyo Olympic Games.

That odyssey is largely due to the Alley Runners, an athletics club in Tel Aviv which was founded specifically to help people much like Mohammed.

“I started running with them, and I'm running at the World Championships,” Mohammed said a year ago when he made his Athlete Refugee Team debut at the World Cross Country Championships. He later represented the squad at the World Athletics Championships in Doha. “This club means a lot to me, they are like my family. They've done everything to help make my dream come true.”

And it all began as a bet. The formation of the club, that is, according to one of its three founders, Shirith Kasher. She and a friend, both runners, were discussing youth participation in sport and a question arose: why weren’t young girls from Israel’s Ethiopian immigrant community participating in athletics? Her friend said the interest wasn’t there; Kasher insisted it was opportunity that didn’t exist.

Eager to prove her point, she went in search of a team to establish a club that would specifically target young people in Tel Aviv’s disadvantaged communities. A few months later she crossed paths with Rotem Genosar, a high school civics teacher and avid basketball player, and Yuval Carmi, a runner and coach.

“So we established the team because we thought it was a nice opportunity to give underprivileged kids the opportunity to practice athletics,” Kasher says. “It was small at first - we didn’t know that it was going to grow like it has.”

At first they targeted girls from Tel Aviv’s Ethiopian community, but interest in the club forced a quick expansion in focus.

“That lasted for two months because boys were coming as well. So, of course we also gave the boys a chance,” Kasher says. “We knew then we had something good in our hands because we saw and knew that there were kids, who nobody really looks to in Israel, that were pretty talented and very serious.”

That was in 2012. Just over nine years later, the membership has mushroomed from those 40 south Tel Aviv teenagers to 90 today, with members ranging in age from 10 to 40. Most are Ethiopian Jews who immigrated to Israel in recent years but about 20 percent of the club is made up of refugees and asylum seekers, mostly from Eritrea and Darfur.

Since its founding, more than a dozen athletes have gone on to represent Israel in regional and European competitions.

Most recently, in 2019, Mohammed represented the Athlete Refugee Team at two World Athletics championships and Adisu Guadia, who is now 17, raced to 3000m gold at the European Youth Olympic Festival in Baku in July and capped the season with a victory in the U19 race at the Balkan Cross Country Championships in November. The U20 men's squad finished third at the European Club Cross Country Championships in February, a U18 boys team won the Israeli national cross country title and a U16 girls squad was second at the national U16 Athletics League championships. 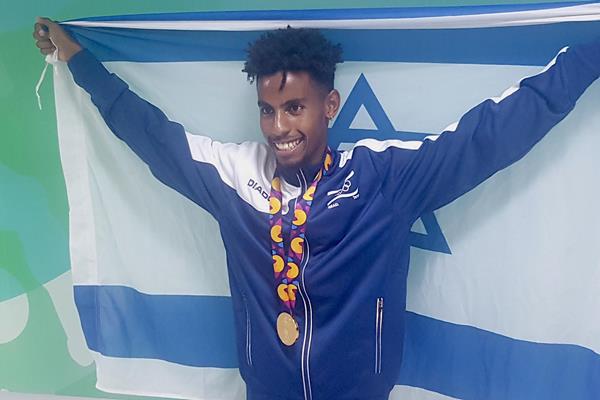 Yet despite those successes, there are no tryouts. “If you are serious and come to practice, you have a place in our team,” Carmi says.

But Genosar is also quick to point out that success on the track is only part of the larger driving force behind the Alley Runners. Another is an educational component that’s been there from the start, and it too is growing. Three years ago the club obtained the use of a small house that is used specifically as a home-like learning centre where members regularly meet to study English, math and humanities.

“We are welcoming everybody into the club but we know that only a few can or will become professional athletes,” he says. “So for us other aspects are very important - the social and educational aspects. The learning centre is a place where people come to study and fulfill their academic aspirations. And we can better follow their achievements in school.” The most serious athletes, he says, have also become much more serious in the classroom.

Involvement in the club has been especially helpful to immigrants trying to assimilate and grow into their new environments.

“We can see the change,” Genosar says. “Immigrants and asylum seekers who came to Israel with almost nothing, and because of the team and because of the education, managed to move themselves forward very quickly. In just five or six years they are in a very different situation in their lives.”

Several athletes who joined the club in its early years are now enrolled in universities, an aspect that Genosar, as an educator, is especially proud of.

“We’re very proud to have university students from this disadvantaged or underprivileged segment of society, where it’s very hard to go to university. So we hope to develop that more.” 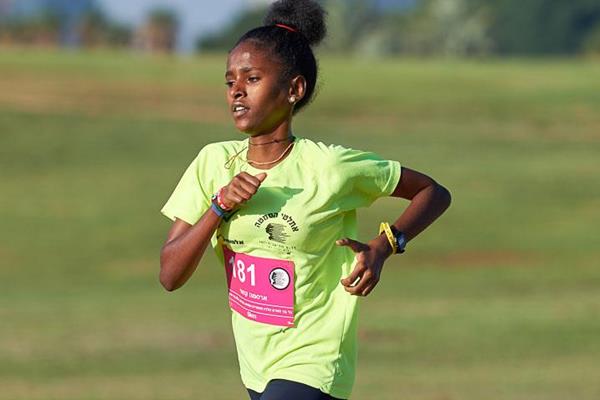 One way is through a scholarship programme they’re working to establish that will provide a route to university that allows student-athletes to continue training without having to work, something akin to the NCAA system in the US minus the team model. "There is nothing in Israel like that," Kasher says, adding that it’s already borne fruit with their first scholarship student this year.

Next up - getting through lockdown

What’s next? Trying to carry on under coronavirus lockdown, much like the rest of the world.

Restrictions on movement in Israel began about three weeks ago, confining people to areas 100 metres or less from their homes. Training is nonetheless continuing.

“We're doing things on an individual level,” Carmi says, “where the person trains either by himself or with a friend or two, usually very, very early in the morning, near their house. It's difficult controlling everyone, but it's possible.

“The bigger problem is the mental issue - there is no certain goal right now. It’s training for the unknown.”

Kasher said one thing she’d like to do moving forward is to share their experience with communities in other parts of the world.

“We'd love to offer our knowledge and experience to other communities who would be interested in starting similar clubs. We’d love, for example, to have an Alley Runners-Berlin.”

Are you listening, Berlin?