HomeNews and viewsNewsBreaking the glass ceiling in sport

Matilda Mwaba is the founder and chief executive director of the National Organisation for Women in Sport, Physical Activity and Recreation (NOWSPAR), a Zambian NGO.

Her career started in the corporate sector, however after training in martial arts she was elected chairperson of the Zambia Police Judo Club from 1997-1998.  “I then managed to be elected president of the Zambian National Judo Federation and served for 7 years. I broke the glass ceiling to be the first woman in history in this position.”

“Serving as president of the federation meant I was then eligible to stand for election on the boards of the National Olympic Committee and National Sports Council of Zambia. In order to be elected to these bodies, one had to be a serving president and nominated by a national federation. At that time it was impossible for women to serve, because very few women took an interest in sports administration or taking up leadership positions in my country.”

I realised that in order to effectively influence policy change, I would have to be on the inside of the governing bodies.”

There were many issues at the top of Mwaba’s agenda: “Zambian culture in general was inequitable for women: low access to and choice of sports, vulnerability to harassment and abuse, low visibility of women in the media, and an underrepresentation of women in leadership”

“My main strategic goal was to join up the structures of authority to influence policies, and lobby for changes to the many issues and barriers affecting women in sport.”

I wanted to change the sport culture in Zambia to be more accessible for girls and women such that they did not have to experience the same difficulties that I did when I wanted to participate in sports.”

“In Zambia there are also issues of weak sports institutional structures, corruption of governors, coaches and players, no budgets for women in sport, limited monitoring of sport development, and poor linkages with NGOs on gender and development targets.”

These days NOWSPAR’s mission is to advocate for the equal participation of women and girls in sport at all levels, through research, policy analysis, awareness raising and capacity development of women in sport and organisations to enhance the delivery of sport for the benefit of women.

Mwaba is justifiably proud of the developments NOWSPAR has been able to push: “We aim to engage government institutions to hold them accountable and influence their actions. We set the agenda, we provide the information, gather data, develop capacity at institutional and individual actors to do the work that will achieve our intended outcome.”

She says that her team researched both the gender leadership status within Zambian sport and general reasons that women and girls were not participating.

“Armed with valid data NOWSPAR was able to advocate effectively for policy change, particularly around leadership requirements, codes of behaviour, and fair and equitable opportunities for funding and participation opportunities.”

“The Ministry of Sport now has a technical committee on women, and there is a special women and sport promotion programme in the national budget on sport.”

“Women and sport is a discussion topic for the Parliamentary Committee on Sport, and sport is now a topic for Zambia’s overall gender policy which is currently under review.”

“Funders are also becoming open to the idea of there being a right to sport for women.” 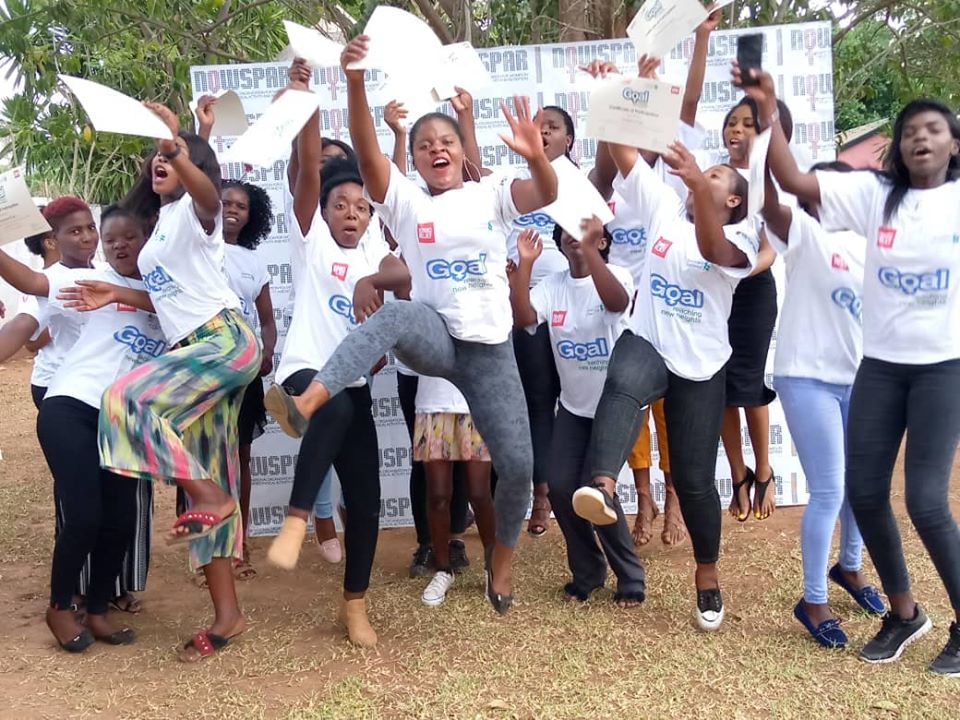 She additionally cites several international achievements: “In 2013 a multi-national Gender Action Plan was ratified by the Council of Ministers of the African Union, which has seen a commitment to establish Gender Round Tables in all 10 countries, a commitment to a 40/60 gender ratio within national sport communities by 2022, and the requirement for regional annual score cards to be reported to the AU Council of Ministers.”

When asked why she thinks her initiatives have been so successful, “I would say because I worked at two levels. Both from the ground up, in terms of education, and awareness of the issues, as well as the top down in terms of policy development.”

“It’s important to learn the language of your audience, and develop your influence and connect with others. Advocacy takes time, you need to be committed to the long haul.”

After ten years of efforts at the national and regional level, Mwaba was confirmed as the chair of women who would found the Women Sport Africa Network. She remains determined to continue the fight for equality heading into the future: “I think women’s leadership is key to reducing gender-based violence and increasing participation of girls and women in sports as well as public life.”

“Mentorship and employment opportunities is key, and by 2022, over 2,500 additional women will be empowered as leaders and working in leadership roles in the sport sector.”

“As UN Secretary Antonio Guterres said: ‘It’s time to stop trying to change women, and start changing the systems that prevent them for achieving their potential.’”