HomeNews and viewsNewsFARE Roundtable on Ethnic Minority Women in Football 2019

We hear from Marisa Schlenker, participant in both FARE roundtables, on the recent roundtable on 16-17 June in Paris. The event was centred around advancing the inclusivity of football for ethnic minority women.

Last year in May 2018, FARE organised its first Roundtable on Ethnic Minority Women in Football, bringing together voices from across Europe to Berlin to discuss the role football can (and is) playing in supporting the social development and personal empowerment of ethnic minority women. Held in partnership with DISCOVER FOOTBALL, the objectives were to convene diverse voices to develop the foundations of a networking platform, to provide an opportunity to plan further activities and to discuss overall how to move forward and drive greater inclusion in football.

The set-up of the event consisted of a roundtable discussion, small breakout workshops and contributions from leaders in the field, including a broadcasted message from FIFA General Secretary Fatma Samoura.

Through these different formats, discussions ensued on how in and through football, processes of exclusion exist and can be addressed, either at the higher levels of football where governing bodies would be responsible to opening up leadership opportunities for ethnic minority women to the grassroots levels where participation levels of girls and women should also focus in on exactly who is participating. It was clear that in examination of both levels and those in between, that not only is there a lack of policy but the data and numbers to make the cases are sparse.

FARE put out an open call for its second roundtable on Ethnic Minority Women in Football set to take place in Paris, France during the Women‘s World Cup. The two-day event opened up at the Diversity House where not only were participants given the opportunity to tour the space filled with images, historical pieces and an overarching timeline of women’s football, but also to hear from Sarai Bareman, chief women’s football officer at FIFA before heading off to the USA vs Chile game.

The second day of the event was where the real discussions and action plans started to unfold. Drawing from the recommendations gathered in the first roundtable’s report, FARE created an agenda which aimed to further develop the female leaders in the room through an in-depth session on developing strategy, a panel discussion on best practices and a dynamic leadership and effectiveness training. The first strategy session led by Preeti Shetty from Upshot Consulting and the latter led by Michele Moore. 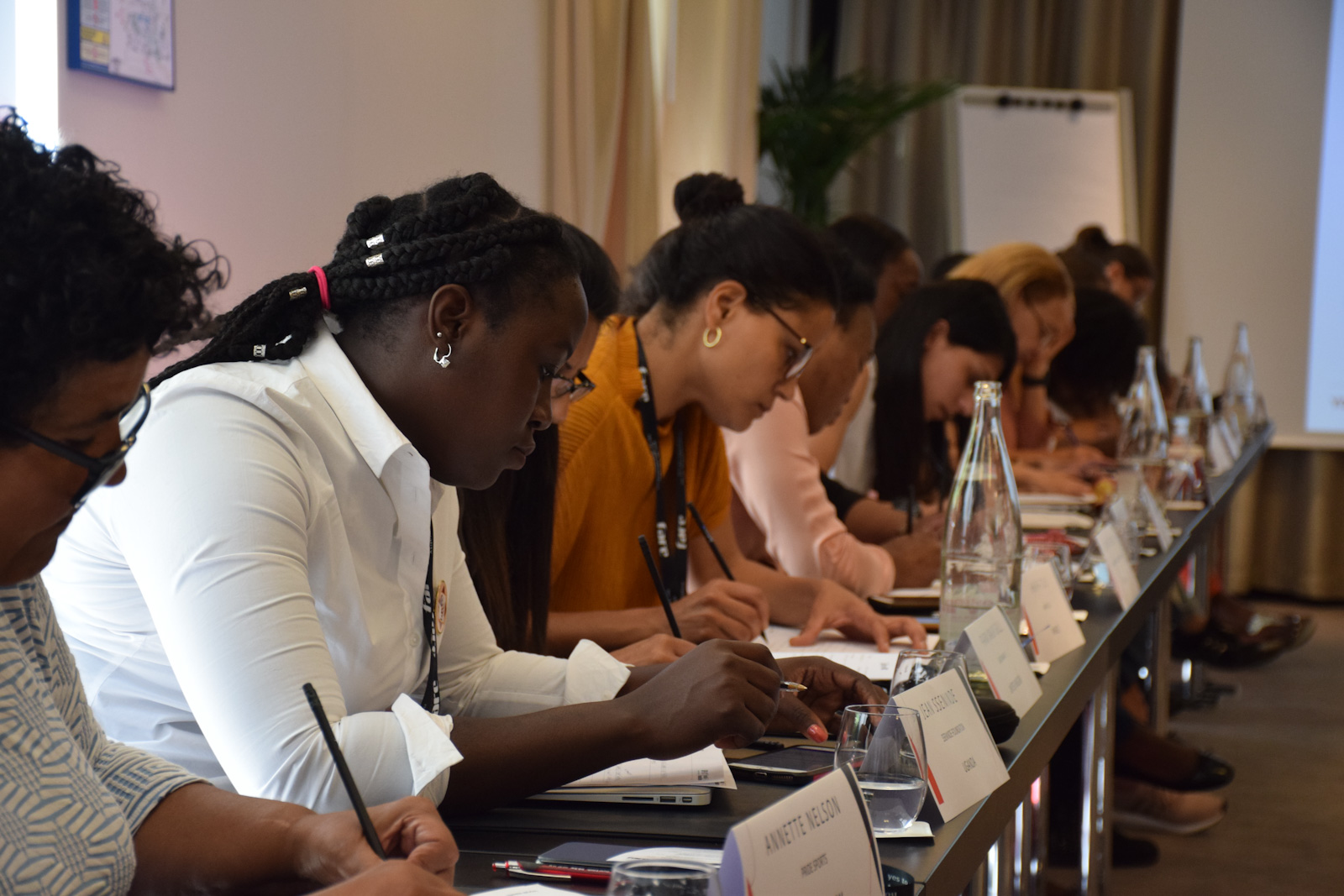 Throughout the day, it became evident that the room of female leaders had a lot to share about their experiences working in and through football. These contributions were essential to move the event from networking to learning and doing.

One participant, Vivienne Aiyela emphasised that both sharing experiences and working together will carry the network forward because not only are the challenges too difficult to handle alone but together we can use our collective voices and make sure to be heard when decisions are being made that affect us all.

"What comes next?" was the main question for many at the table and different ideas were suggested. Barnie Juka proposed that the group could become more action oriented as a task force for eliminating barriers for ethnic minority women in football on and off the pitch. This type of task force could draw up plans for connecting the core network to like-minded individuals and organisations, create more visual materials to be promoted in different environments and do on site research and monitoring to take notes of existing barriers in order to try to address these barriers.

At the end of the day, there was a lot of energy to take the next steps, to return to organisations and institutions with ideas for more inclusive spaces, conversations, and policies. The group of female leaders is eager to connect with others working in this space in order to be able to get a greater understanding the role football can and is playing in supporting the social development and personal empowerment of ethnic minority women. 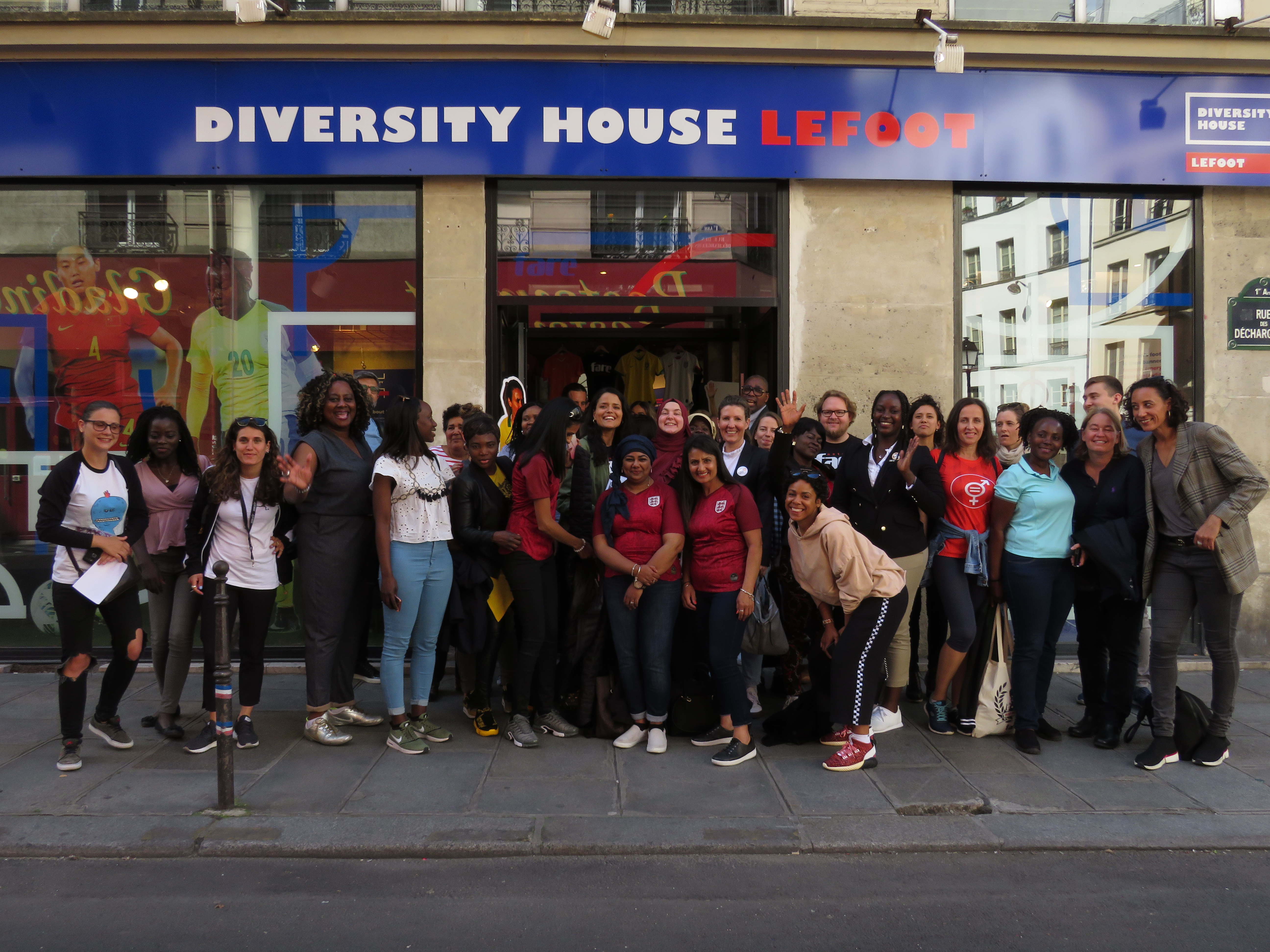