Marking Football Welcomes month with a special photography series which tells the stories of refugees through football.

To mark Football Welcomes month, Amnesty International UK and Goal Click teamed up for a special photography series telling stories from refugees across the country through football.

Now in its fifth year, Football Welcomes, supported by players of the People’s Postcode Lottery, celebrates the contribution players from a refugee background make to the game, and highlights the role football can play in creating more welcoming communities for refugees. The number of football clubs taking part is a record high of 209 compared to 160 clubs in 2019.

As Naomi Westland, Movement Building Manager, Amnesty International UK, noted:
“The impact of the pandemic combined with the government’s new asylum proposals mean it’s more important than ever that communities come together to show solidarity with refugees and people seeking asylum. The game can be a powerful force for good, bringing people together and providing a sense of purpose and belonging. For those who’ve fled conflict and persecution and had to leave everything behind, this is incredibly important.”

“This Goal Click series for Football Welcomes aims to challenge stereotypes and give a real, intimate look into refugees' football lives from their own perspective. Negative media stories about refugees are frequent, but it is rare to hear their voices and see the world through their eyes. Football is often the best way to create a more welcoming community and can help people better understand the stories of refugees.”

Hear the stories of refugees

Adela (originally from Afghanistan), Leicester (with Leicester City in the Community) 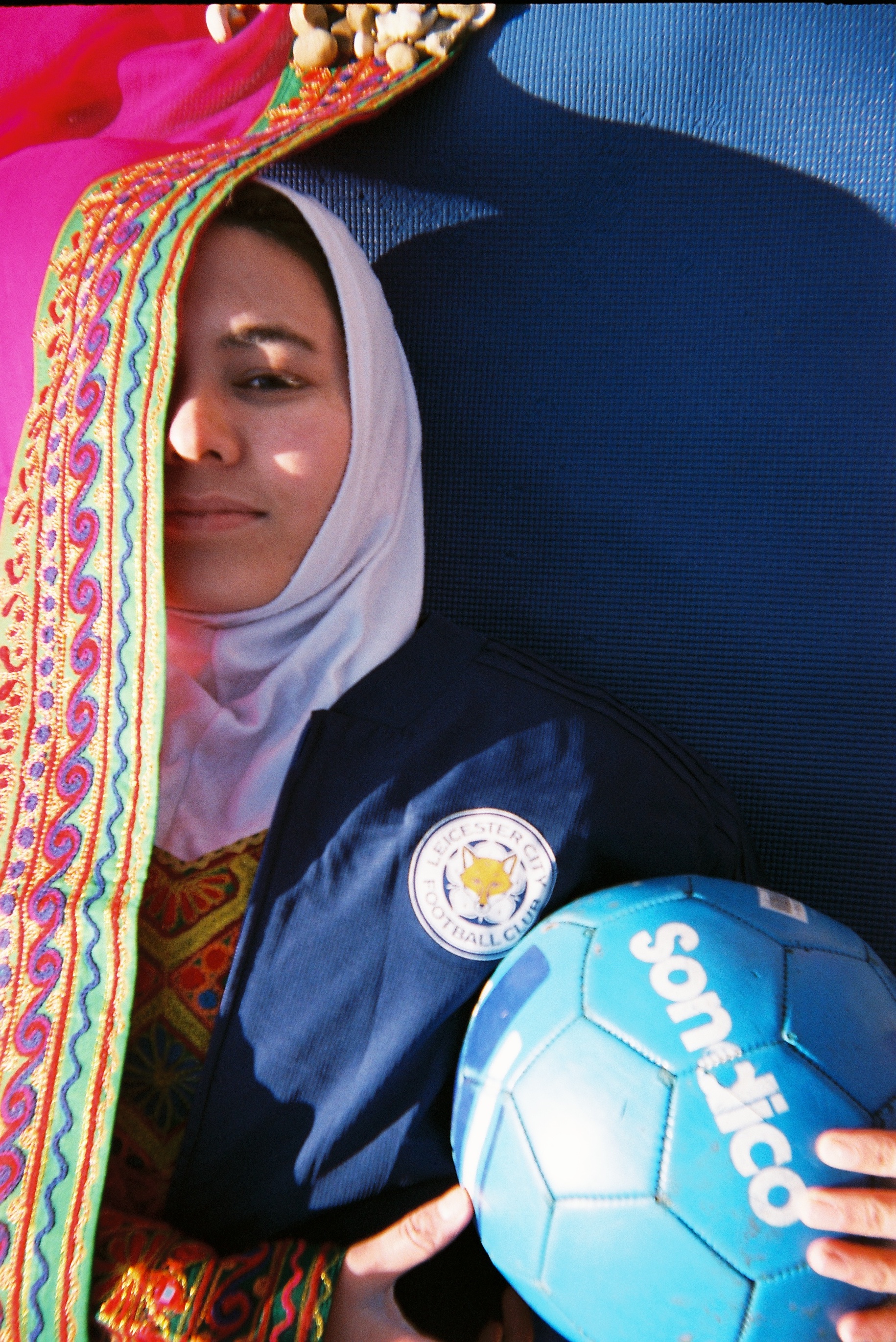 [It is] a hard situation […] for a girl to play football in a different society. There is a lack of facilities, lack of security, and other hard conditions for girls and women. […] Girls and women from different backgrounds love football and playing football even without facilities. Interest is more important than having excellent facilities.

Nothing is impossible, and women can play football. Some people think women cannot play. Having big aims and goals can help us achieve big things. Football is like a road. When we choose which way we are going, then we can move our way and achieve our goal.

Without football there is no doubt that getting settled in a different country and different culture would be ten times more difficult for me and I know it is the same for our participants in the Club Together project. On the pitch, we are all speaking a common language, Football Language.

Football is important to me because it releases me from all the stresses of life and work - as I work three jobs now. Football is the biggest part of my life. Doncaster Rovers is a good team and important to the local community. It has now been long time without football. It’s so boring. I hope that we won’t be locked down again. I will be so happy when I play football at Keepmoat every week. 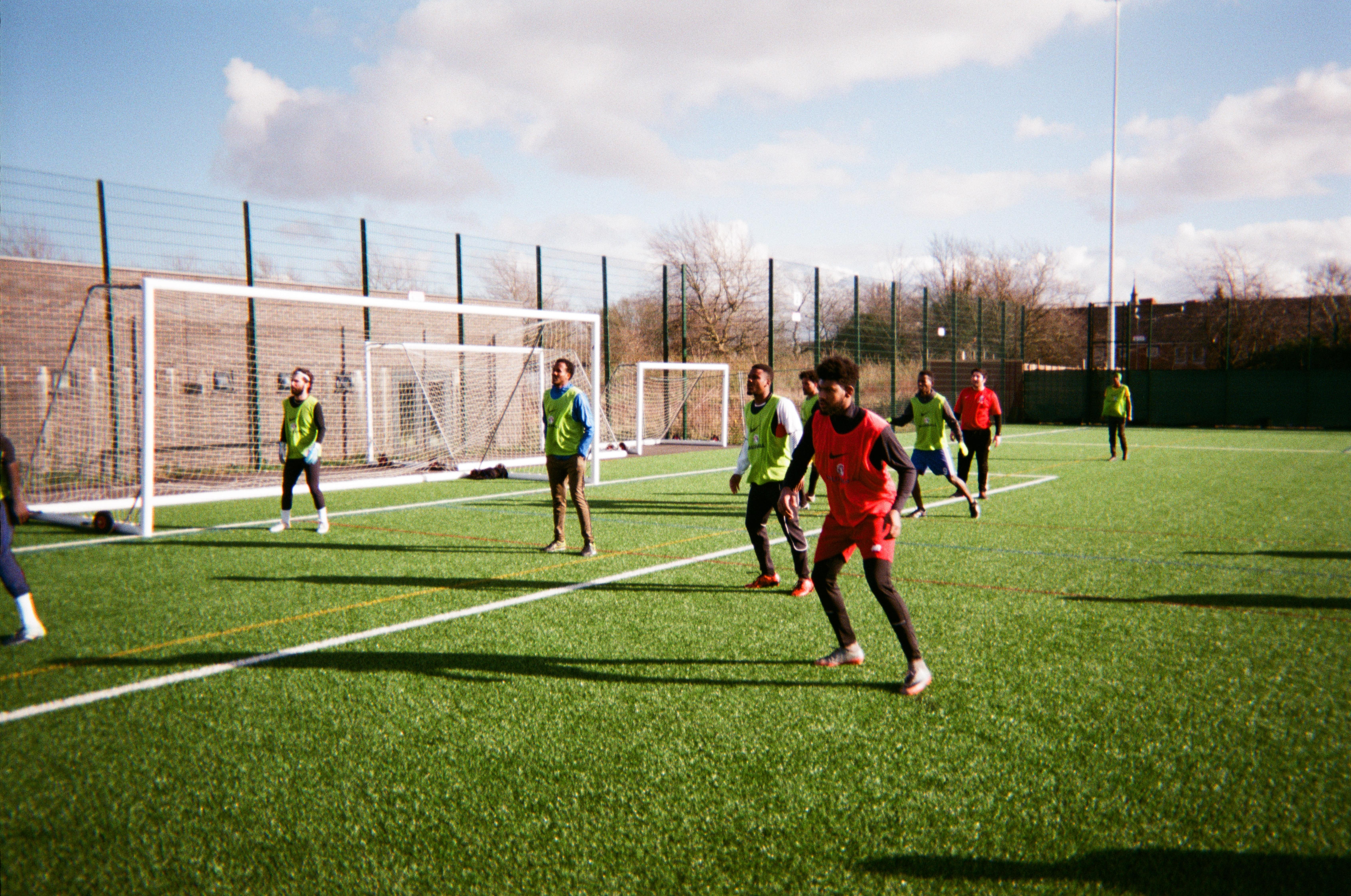 I am usually busy during the week and Thursday nights are the only nights I can forget about my busy schedule and have fun with others while playing football and meet new people. Football has also made me famous! My daughter is well known at her school because most of her teachers know that she plays football with her mum

Football is my life and love. Liverpool and the football culture in Merseyside is the best place in England for refugees to play football, supported by Liverpool County FA. I have the goal to finish all my qualifications to be a professional football coach and work for the England national team.

Football is important for me because everyone respects this sport and it is helping my future. It helps me meet friends and it is how I spend my free time.

Read more about the series
Related article: Refugee stories through their own eyes
Visit the Goal Click website