Three sportswomen speak to sportanddev about how grassroots sport opportunities have empowered their lives and challenged gender stereotypes in rural India.

B Anusha has played cricket at the district, state and national level since 2014, and hopes to play for India one day.

“No one in my family ever played sport. I come from a remote rural village of Bandalapally in Anantapur District. My parents were daily wage labourers; playing sport was a luxury to them. But they allowed and encouraged me to play sport, which was very uncommon in my village where girls are only expected to do household work, help their parents and get married at a young age.

“My journey with cricket started with the encouragement of my physical education teacher. I played in a rural cricket tournament hosted by Anantapur Sports Academy (ASA) and was recognised as ‘best player’, which gave me a scholarship to pursue a cricketing career full time alongside my studies.

“Sport has helped in many ways, it made me more confident than I ever was. Sport gave me exposure and financial help, which I needed, and meeting professional sportswomen always kept me inspired. Sport gave me a goal!”

For her the greatest challenge is societal attitudes:

The belief that girls are not equal to boys is the biggest challenge every girl faces today in rural India; trying to prove herself to everyone, every day.

“But now things have changed a lot, with ASA developing grounds and creating access at the grassroots level. A lot more needs to change, but many girls are bringing that change today, right from our villages.” 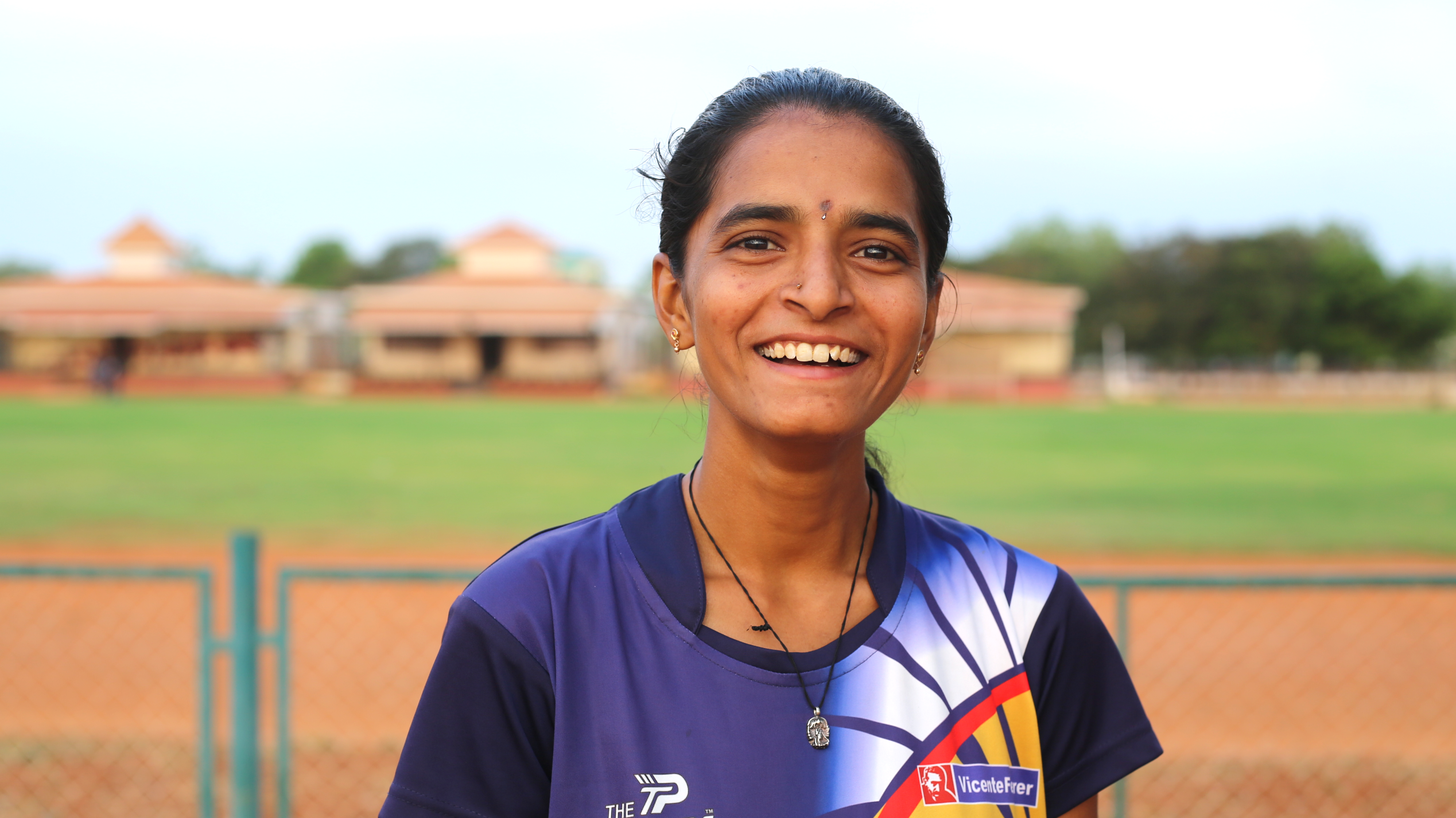 Balagonda Maheshwari has played hockey at the district, state and national level for nine years.

Maheshwari was introduced to hockey at her school. “I liked the competitiveness in the game; hockey gave a sense of freedom. Coming from a place where women are only expected to be in the kitchen, the ground was my only escape to freedom.

“I come from a tiny hamlet called Vasanthapuram. My mother and father are farmers, and I was the first one in my family to take up sport. Initially, my parents did not allow me to play sport because I am a girl, and girls are not expected to go out and play according to the beliefs of people in my village.

“The best part about being involved in sport is the boost to my confidence and positivity. The competitiveness of the game and the avenues sport presents to young girls from villages like me - these are the reasons I am drawn to sport.”

However she cites marriage pressures as one of the ongoing challenges faced by young women in India today:

Many of my friends were married off by their parents, many by the age of 16. I’m lucky. I found sport at the right time.

“Many sportswomen in India at various levels feel the pressure. This often impacts performance and cuts down their professional sporting life. For many female athletes from rural India, Mary Kom stands as an inspiration, but we never know if the in-laws will allow us to play after marriage."

However, she is optimistic about improvements since she was young: “Parents of girls in my village now look up to me and other girls who are performing well in sport and encourage their daughters to take up sport in school. A few conservative families may not explicitly encourage it, but at least they don’t object now. Grounds, materials and coaching have improved a lot, thanks to ASA’s grassroots initiatives.” 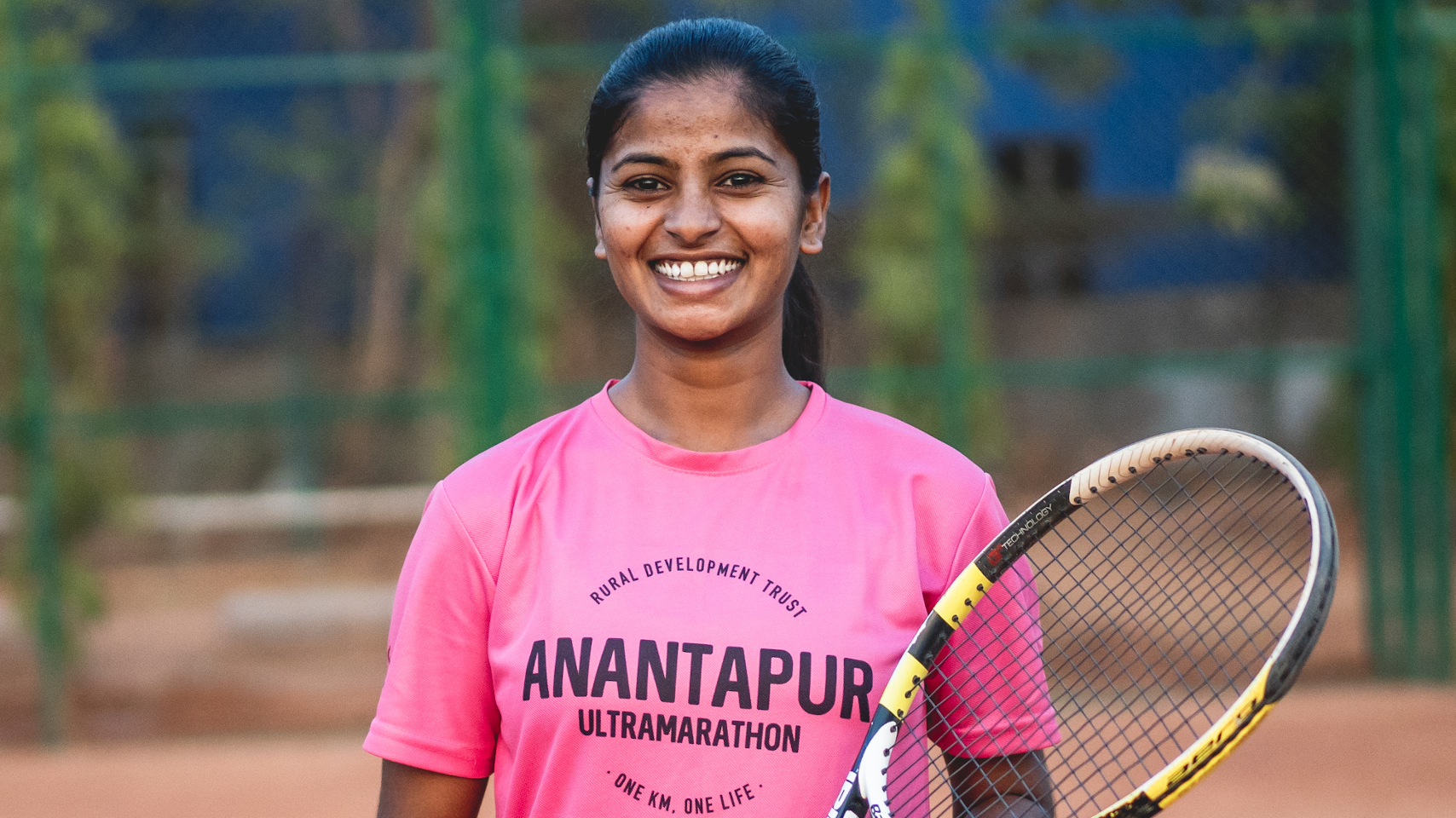 D Pallavi has been playing tennis for eight years, and has become the first female AITA Certified Tennis Coach in the state of Andhra Pradesh.

“Most of what I am today is because of tennis: the education, sports career, exposure, communication skills, confidence. I got a chance to travel across India to play tournaments and have a lot of fun. All this would not be possible if I never played sports.

“By watching my growth as a sportswoman, my family members accepted it at last."

Since she was growing up, she feels things are slowly changing for the better: “The freedom which boys are given is highly disproportionate to the freedom girls get. Girls are greatly restricted in the name of protection, but now that is changing. Before many girls thought that only boys can roam around the world, play and get good education.

“From childhood I was adamant and very competitive. Whenever I lost, coaches taught me how to learn something from opponents who were better than me. Sports taught me to face challenges and to overcome them."

But challenges still remain: “Especially in a sport like tennis, there is very little infrastructure, even in big cities in India.

This is why I took up coaching: to help other girls like me from rural villages.

“What sports taught me is that “gender” is just a word; dreaming about the future is the right of every human being. Gender cannot stop me from making my dreams a reality.”