The tournament aimed to break the pre-conceived notion that football is a ‘boys only sport’ and inculcate a love for football among the children.

Pro Sport Development (PSD) organised a Mixed Gender Football Tournament, in partnership with the Fare Network, on 30 June 2018, in Bhubaneswar, India, as a part of the Community Sports Program supported by Tata Trusts. Students from five slum-based schools of Bhubaneswar, all part of PSD’s Community Sports Program, participated in this event.  Prior to this tournament, PSD had conducted a two-week football camp so that the children could brush up their skills ahead of the mega event. 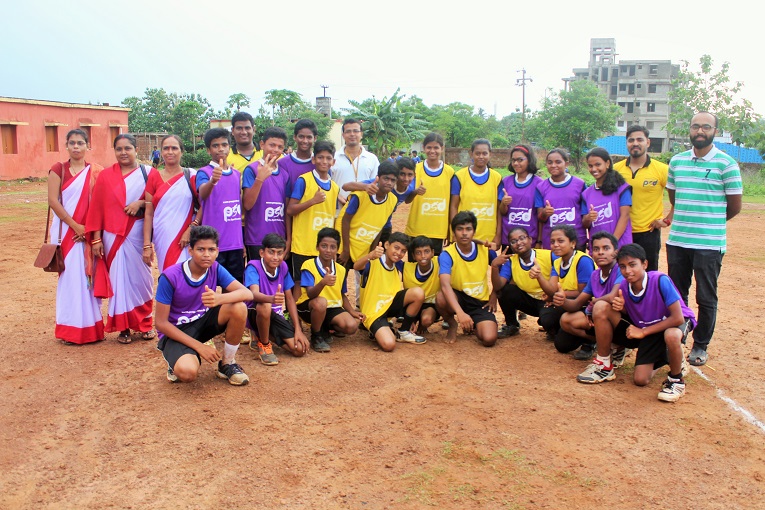 The tournament saw the participation of 12 teams from the five participating schools, the first game kicking off at 7am at the Saraswati Shishu Vidya Mandir grounds. Each team in the tournament had seven playing members from which three had to be girls, out of a 10-12-member squad. These teams were divided into four groups, with each group playing round-robin matches. The top two teams from each group then headed into the knockouts, with quarter-finals, semi-finals and the final being played.

After some intense group stage matches and some challenging knock out rounds, the top two teams squared off in the finals. These included a team apiece from Saraswati Shishu Vidya Mandir and Beena Bharati Vidya Mandir. The evenly fought final ended at 1-1 at full-time which resulted in there being a penalty shootout. That also ended at a goal apiece and we went into sudden death. After seven rounds of sudden death, finally the team from Beena Bharati Vidya Mandir emerged as the winner. 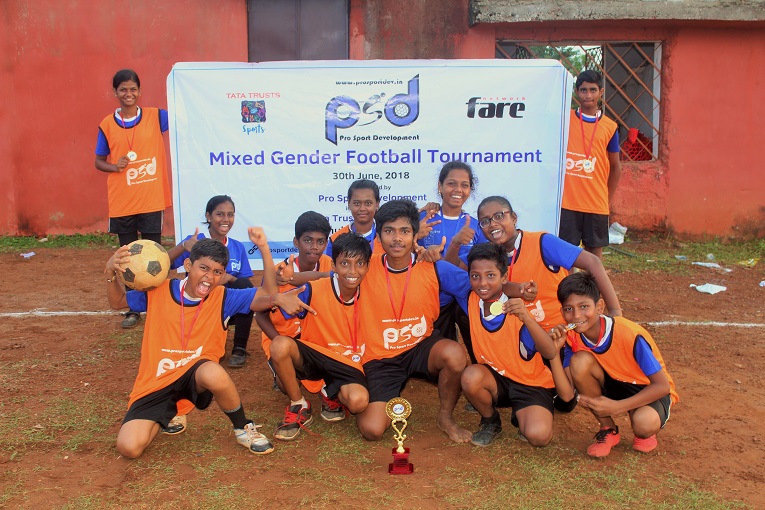 “I’m extremely thankful to the PSD coaches for teaching the necessary skills in football, which we were able to implement better and thus we won.”, said Beena Bharati team captain Rocky Kumar, a Class 9 boy who led his team from the front.

The runners-up, the team from Saraswati Shishu Vidya Mandir, were happy with their performance and were hopeful of crossing the final barrier next year. “We had better teamwork and coordination than the other teams. We will analyse where we went wrong and hopefully, we will win next year”, said Priyanka P. Sundaray, a Class 9 girl from Saraswati Shishu Vidya Mandir. She was the captain of her side. She showed some exceptional leadership qualities and was majorly responsible for keeping up the team spirit after the loss.

Although there was only one winner, all the participating teams enjoyed and learnt a lot, which was the main objective of the tournament. “I really enjoyed this tournament. It was pretty competitive and I’m really thankful to PSD for providing us with a platform to compete and in that process make friends with children from other schools.”, said Ashish Mangaraj, a class 8 boy from Satya Sai School whose team was unfortunately knocked out in the semifinals. 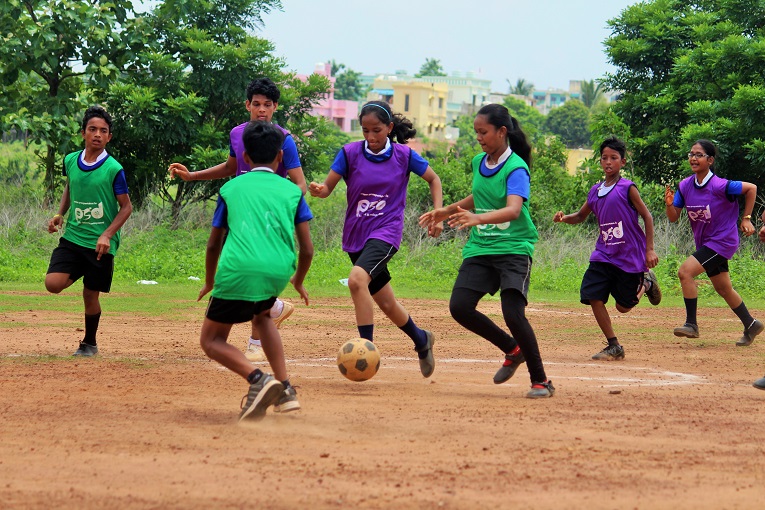