HomeNews and viewsNewsRefugee stories through their own eyes

A partnership between Goal Click and the UNHCR explores the stories of refugees and asylum seekers who lives have been transformed by football.

Goal Click is a global football storytelling project. We find inspirational people from all over the world and ask them to tell stories about their own football lives and communities – all initially using disposable cameras and their own words.

In 2020 we launched a new series called Goal Click Refugees in partnership with UNHCR, the UN Refugee Agency. The series collaborates with refugees and asylum seekers around the world to tell their personal stories and experiences through football in refugee camps and in host communities.

Our approach to storytelling is to give people the chance to tell their own story – this is of crucial importance. Rather than an “outsider” coming in to tell their stories, we focus on the “insider” view, by giving people the power, control, and freedom to create and tell the world the story of their own lives through the lens of football.

The benefits to this storytelling approach are huge. The photos and stories become very raw and intimate, going behind-the-scenes into people’s lives and communities in a way that would not otherwise be possible. The storytellers know they are at the centre of their own story and have a platform to tell it, which is a very powerful message.

There is also a sense of equality between all the Goal Click storytellers. Everyone has the same tools to create their story, no matter where they are from in the world – from Sierra Leone to Nepal.

The power of football

We have been building Goal Click Refugees for almost three years. Very early on in the life of Goal Click, we saw that refugees and asylum seekers were often the most unheard and silenced group of people in societies around the world.

Now more than ever is a time to hear the voices and see the perspectives of the marginalised and dispossessed around the world.

Goal Click’s mission is to help people understand the world, other cultures, and other people through the common language of football. Football is as close to a universal language as you can get.

Framing a difficult subject like refugee issues through sport and specifically football allows people to understand someone else’s story in a way that might not otherwise be possible. In fact, they may not have been interested otherwise.

From Australia to Zaatari 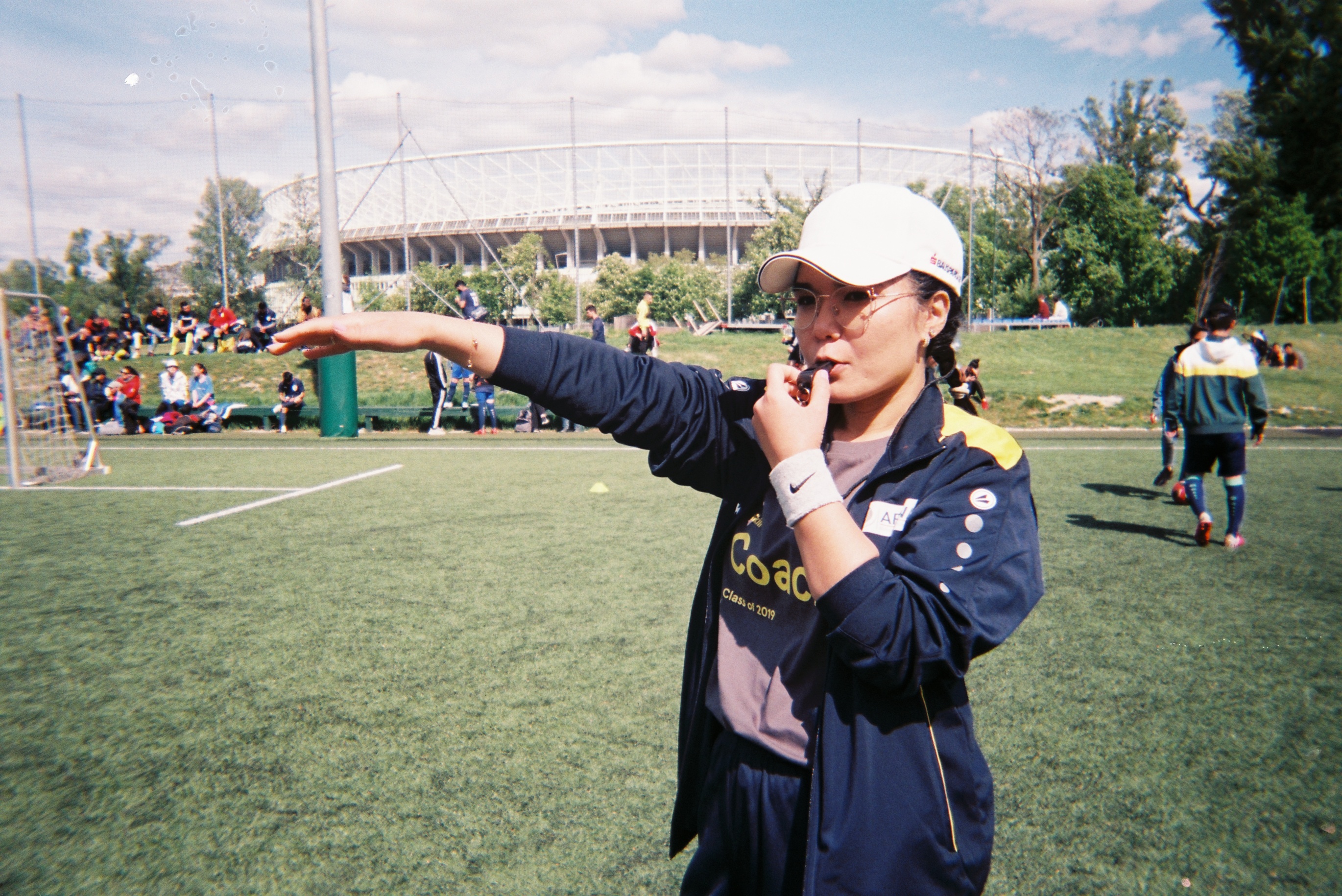 In late 2019 we began working with UNHCR, the perfect partner for this series. We launched Goal Click Refugees ahead of World Refugee Day in June 2020 with the stories of 29 male and female refugees across five continents, capturing the realities of their football lives and communities.

The series shows a range of scenarios, from displaced Syrians in Jordanian refugee camps to Sudanese and Congolese refugees in Kenya, alongside the experiences of refugees who have arrived in Europe, North America and Australia.

These are important stories to tell. Most people do not realise that there are 80 million displaced people around the world. And contrary to common narratives around refugees, most of these people are hosted by countries in Africa and the Middle East, not Europe or North America. This is a really important point we wanted to make.

We were grateful to work with some incredible football charities and NGOs to help create the project and find participants, such as UNICEF Jordan, Football United (Australia), Green Kordofan (South Sudan), Faulu (Kenya), and Balon Mundial (Italy).

Whilst football is not a magic formula that makes everything better, it can play an important part in rebuilding lives – and telling this story.

This is just the start of a year-long project - over the next year, we will tell many more stories and hope to create physical exhibitions in summer 2021.

“You have to fight for everything”

Some of the highlights of the series are undoubtedly from our female refugee storytellers, in particular from Syrian girls in Zaatari refugee camp in Jordan and four Afghan girls in Austria and Australia.

Their stories of breaking down barriers and overcoming resistance from their families and community to them playing football are very inspiring. They have become football managers, coaches, and referees. As one of our participants Sofia says;

“To all the girls my age, you cannot say “I cannot do this” or “I am not allowed to do this”. Because I have experienced this in my life. You have to fight for everything. I was fighting to play football and I made it.”

In the UK, powerful stories came from Iranian former sports journalist Mehdi Rakhshandeh and Kenyan footballer Jacob Viera. Jacob was a professional footballer in Kenya, who was targeted by drug smugglers and the victim of a vicious attack, where he was electrocuted in his own home. He is now on track to become one of the first professional referees from a refugee background in the UK.

Getting out of the way

The type of storytelling that Goal Click creates, with a pure focus on first person perspectives is rewarding and meaningful. It is not without challenges – you need a high level of trust, patience, and commitment to giving up control.

We believe more organisations should hand their platform to those directly impacted by or participating in their initiatives. As Goal Click Refugees has shown, simply “getting out of the way” and trusting people to tell your story delivers significantly more engaging results than controlling the message.