HomeNews and viewsNewsYou can only be what you can see

Alexandra Gummer is no stranger to challenge and perseverance. She played in Australia’s national football league for 6 years, before recently making the move to Young Boys Frauen in Bern, Switzerland.

“I just love stepping on that field, and being in that high-performing environment where you’re so focused on that goal and working together as a team,” she said.

Gummer grew up in a small town outside the Australian state capital of Melbourne, making the intense training schedule of a future athlete a challenge. Family support was crucial.

“My mum was my biggest support. She would drive me two hours to and from training every day, and prepared extra food to make sure that I was fuelled properly. There were also a lot of expenses; without her there’s no way I would be where I am today. My mum is probably my biggest role model.”

Gummer considers herself a semi-professional player, and she also has ambitions off the field as an engineer at a pharmaceutical company, saying “I don’t want to do just one or the other, I really want to excel in both for as long as I can.”

In 2019, Australia’s W League increased minimum salaries to be in line with the male A League. “When I started at the W League in 2013, I got paid nothing that season. But since then it’s made its way up. In just six years that’s been a pretty big improvement,” said Gummer.

Football Federation Australia also decided to pay the female and male national teams an equal share of commercial revenue, the first agreement of its kind in world football.

But progress elsewhere in the world is not uniform, as Gummer notes: “Even in Switzerland, it’s a bit further behind. Amongst my teammates, there are plenty who also study, work part-time, and a few that work full-time as well.”

“On the men’s team they are all full-time professionals.”

Gummer points out that sexism in all countries is a continuing problem. “Especially looking on social media, if one female makes a mistake on the field and that video goes viral, the comments can be ‘women can’t play sport’. Whereas if a male does that, it’s just overlooked or laughed at; it’s not thrown at their gender.”

"I was wearing my team uniform on the tram in Bern the other day, and a man asked if my teammate and I were cheerleaders. We told him we played for the women’s team, and he said ‘oh, I didn’t know there was a women’s team’, so I think that’s part of it – just getting the word out.”

But she is optimistic about the future:

These days women’s sport is really on the rise, especially in Australia. I think back to when I first started playing, I didn’t have any role models that were female. My favourite players were all in the men’s game.

"Now look at Sam Kerr, the captain of the Australian national team for example. All these young girls – and even boys now – are seeing her and she’s someone they want to be like. You can only be what you can see. And I think that’s one of the most powerful things that’s been happening in Australia.”

“I also think women’s sport is being taken a lot more seriously, and the professionalism has improved a huge amount. At the club I was with in Melbourne, they had a one-club mentality, not just a ‘women’s team’ on the side. I think that’s been a big improvement since I was growing up.” 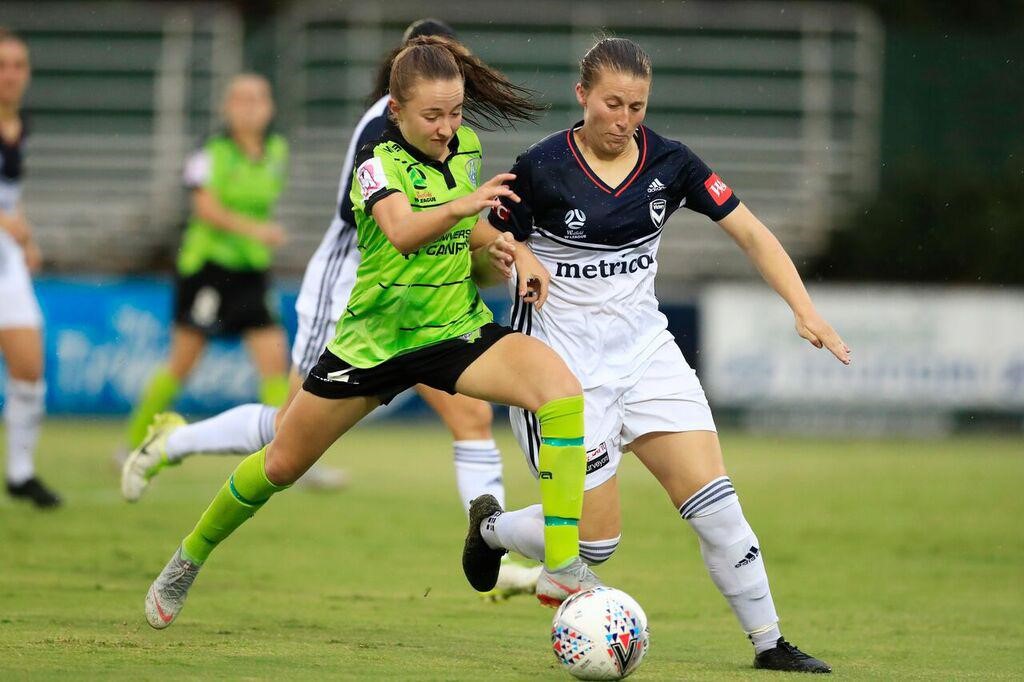 In 2017 AFL Women’s was introduced in Australia, drawing record crowds. In just four seasons the code has grown from 8 to 14 teams. Gummer thinks this has already seen a huge improvement in women’s sport: “The introduction of AFLW has been amazing; now all the young players want to play for them because of the high-profile opportunity. It’s really forced other sports to lift their game so that they don’t lose all the young talent.”

On the football field, Gummer says “This year, I’m just focusing on integrating in the team, adjusting to the playing style and trying to get as much game time as possible.”

Young Boys Frauen will play Basel in the semi-final of the Swiss Cup on 29 March: “I’m really excited about that, and if we make it through to the final, that will be a really great event.”

And what about her biggest fan? “My mum still comes and watches as many games as possible, even now that I’m in Switzerland. My game starts at 2pm today and my mum will stay up and watch on YouTube.”